The HALLE BROTHERS CO. was one of Cleveland's leading department stores noted for its quality merchandise and service. It opened its doors on 7 Feb. 1891, when brothers Samuel H. and SALMON P. HALLE bought T. S. Paddock & Co.'s hat and furrier shop at 221 Superior St. In 1893 the Halles moved their fur business to Euclid Ave. and Sheriff (E. 4th) St., the heart of Cleveland's retail activity at that time, and added ready-to-wear clothing to its line of goods. Halle Bros. incorporated as Halle Bros. in 1902, the store expanded its operation and prospered, moving up EUCLID AVE. to E. 12th St. Four years later the store doubled its size and became a full-fledged department store, carrying exclusive merchandise which became the hallmark of its operations. In 1911 sales of about $2.2 million grew to $14.8 million in 1926, and the next year the store opened a new $5 million, 6-story Huron-Prospect Bldg. Although the company sustained losses during the Depression, business grew again after World War II as Halle's began developing suburban branches in 1948, completed a $10 million modernization program in 1949, and increased its workforce to over 3,000. However, burdened with an over-expanded downtown store, the company slipped behind the MAY and HIGBEE companies in annual sales. After Chicago's Marshall Field purchased Halle Bros.' 9 stores in 1970, its operations deteriorated, and the Halle family tradition disappeared when Chisholm Halle was forced to resign as president in 1974. The introduction of medium-priced goods did not stem the losses, and in Nov. 1981 Marshall Field sold the then-15 Halle stores to Associated Investors Corp., headed by Jerome Schottenstein, who closed or sold all stores in 1982. 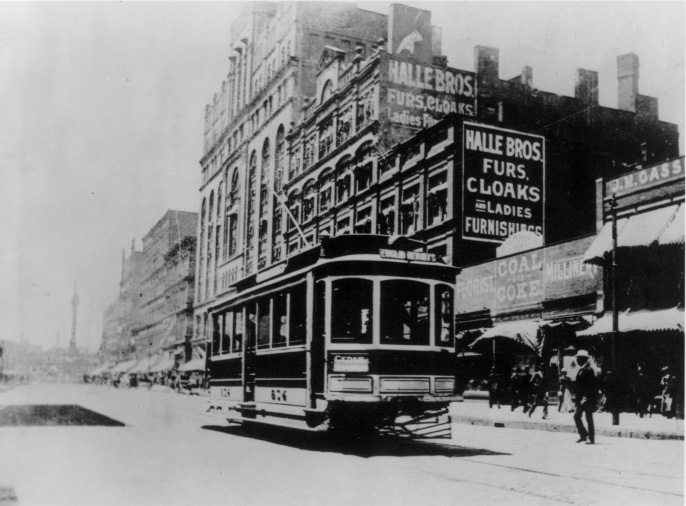