The HEIGHTS YOUTH THEATER, known for its youth productions and theater classes, is one of the oldest children's theaters in the country. The theater was founded in 1945 and operated under the auspices of the Cleveland Hts.-Univ. Hts. Board of Education. In 1952 Jerry Leonard became the group's first director and its guiding force. He shaped the organization into a full-fledged professional children's theater company. The theater's reputation grew under his leadership, and it was said to be the only children's theater in the country that did plays by and for young people that was not an adjunct of a regular theater. In 1956 the theater moved into Wiley Middle School. Leonard continued as director until 1978. 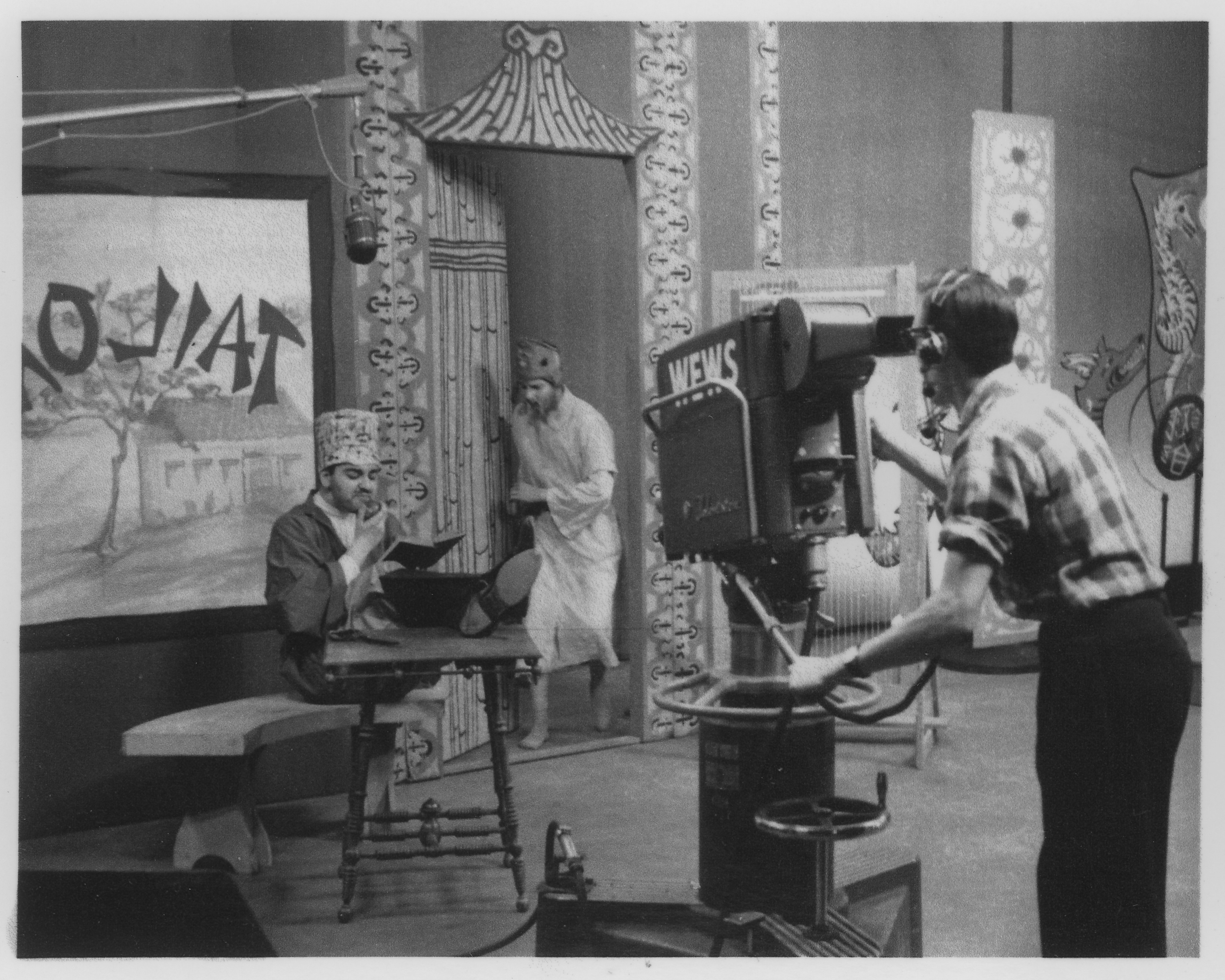 Larry Gorjup
Frank Porath as a tailor, being visited by the emperor’s chamberlain early in the play, The Emperor’s New Clothes.

The first play televised by the Children's Theater on the Heights was The Emperor’s New Clothes, directed by Jerry Leonard. It aired live in February, 1955, from the downtown Cleveland studio of WEWS.

In 1978 the theater's productions were suspended due to financial problems, though the classes continued. A reorganization of the theater took place at this time, and productions were gradually resumed, beginning in Dec. 1978. In 1981 Sue Fromson became producer-director. She was succeeded by Laura Gee in 1988. Gee cut the theater's deficit and increased its audiences, and during her tenure the "Friends of Heights Youth Theater" was formed. In 1994 the theater staged 4 musical productions a year with casts ranging in size from 40 to 70. There was also one summer-camp production, and drama classes were offered on Saturdays. The theater counts among its alumni Carol Kane and Johnathan Freeman.