HOUGH BAKERIES, INC. was noted for its high quality food and baked goods throughout northeast Ohio. Founded by Lionel A. Pile, who came to Cleveland in 1902, Hough Home Bakery opened 25 (27) May 1903 at 8708 Hough Ave. with 4 employees. When Pile's 4 sons, Arthur, Lawrence, Kenneth, and Robert, entered the family business during the 1920s and 1930s, Hough expanded into the suburbs, establishing branch stores in E. CLEVELAND and CLEVELAND HTS. The family acquired the old Star Bakery plant at 1519 Lakeview Rd. in May 1941 for its operations and 4 years later incorporated the firm as Hough Bakery Co. The name was changed to Hough Bakeries in 1952. 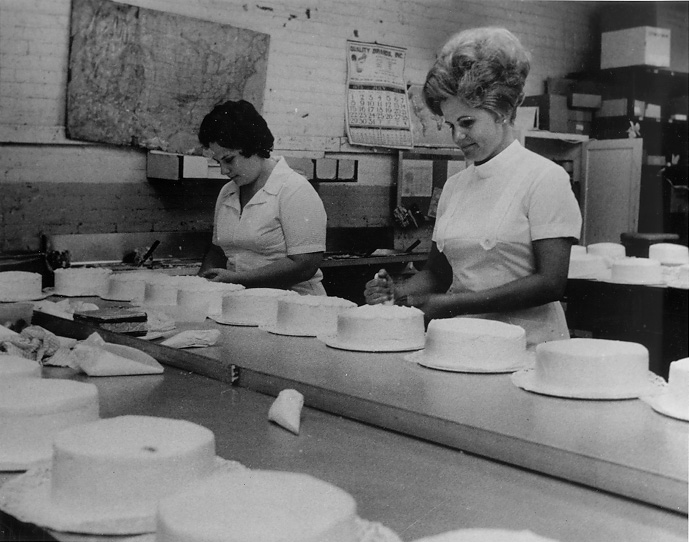 Hough's catering business, begun in 1930, featured wedding cakes and canapes at first, but by 1952 it was equipped to provide food service for large gatherings. Hough Caterers, Inc. was established as a subsidiary in 1956 to handle this growing business. The company also diversified into the production and distribution of frozen and prepared foods, forming Hough Foods, Inc. in 1955, and in the 1960s this subsidiary began to operate cafeterias at major plants. By 1973 Hough had annual sales of $12 million with 1,000 employees. In the 1980s, it had 28 separate branch stores in Greater Cleveland, 14 supermarket units, 6 outlets in May Co. stores, and 3 surplus-thrift outlets. However, Hough failed to modernize its operations and was unable to meet the price-cutting of its competitors. The firm was losing money when the Pile family sold it to Amerifoods in 1990. The losses continued. After Hough failed to obtain financing for a leveraged buyout from the parent company, it ran out of money and abruptly closed its 32 stores and the Lakeview Rd. headquarters on 8 Aug. 1992. Hough filed for Chapter 7 bankruptcy and its operation was liquidated. Later that year the Intl. Exposition (I-X) Center bought the catering business and Kraft General Foods purchased the company name and its recipes.

Finding aid for the Hough Bakeries Photographs, Series I, WRHS.