HUGHES, (JAMES) LANGSTON (1 Feb. 1902-22 May 1967), Black poet, playwright, novelist, and lecturer, was born in Joplin, Mo. to James Nathaniel and Carrie M. (Langston) Hughes. Carrie and James divorced shortly after Langston's birth, and James left the United States for Mexico. His mother and step-father moved the family to Cleveland in 1916. Hughes began writing seriously while a student at CENTRAL HIGH SCHOOL, where his efforts were encouraged by teachers and RUSSELL and ROWENA JELLIFFE of Playhouse Settlement (see KARAMU HOUSE).

His first stories appeared in The Monthly literature journal published by Central High School. Hughes attended Columbia University for a year, but dropped out to travel, working his way through Spain, France, Italy, and Africa. Hughes's first poem, "The Negro Speaks of Rivers," was published in The Crisis, the organ of the NAACP, in 1921. In 1922 he moved to Harlem, becoming a central member of the Harlem Renaissance.

Hughes published his first book of poetry, The Weary Blues, in 1926. With an introduction by Carl Van Vechten, a Harlem Renaissance patron, the work was met with mixed reviews; some dismissive, some praising Hughes as a new, unique in poetry. A number of Black intellectuals of the time criticized Hughes for writing what they thought was a negative view of Black life. The Weary Blues was followed by Fine Clothes to the Jew in 1927. After these publications, Hughes was awarded a full scholarship for his poetry by Lincoln University in Pennsylvania and received his B.A. 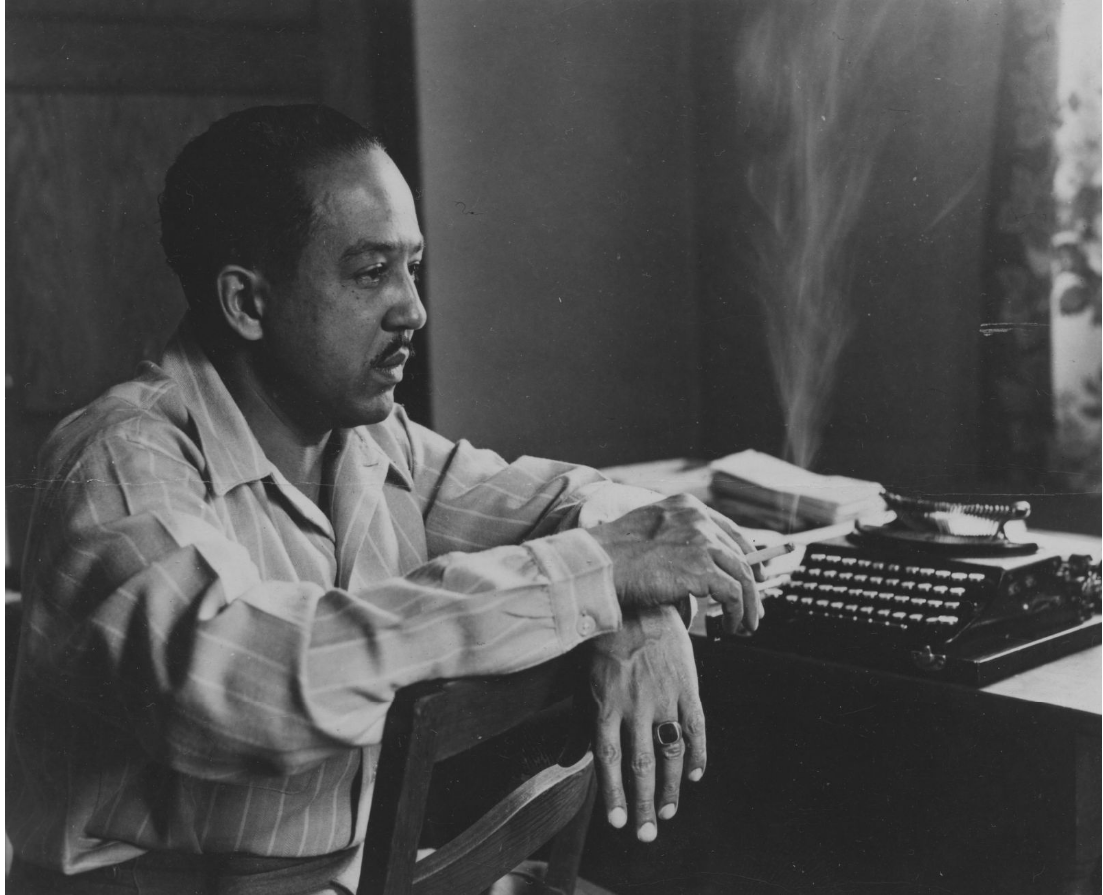 In 1930 he published his first novel, Not without Laughter, followed by Scottsboro Limited (1932) and The Ways of White Folks (1934). Not Without Laughter won him the Harmon gold medal for literature. He received a Guggenheim Fellowship in 1935. In 1936-37, the Gilpin Players of Karamu House produced 6 of Hughes's plays.

In 1939 he established the Negro Theater in Los Angeles and wrote a film script, "Way Down South." Hughes produced 8 volumes of poetry, 4 of fiction, 6 books for young people, 3 humorous works, 2 autobiographies, a number of plays and essays, and several volumes on Black history. He was a noted lecturer and a foremost figure in the movement for Black civil rights and the search for Black identity.

With a professional career that stretched from the 1920s to the 1960s, Langston Hughes was one of the most well-known African American writers of the twentieth century. Hughes cited Walt Whitman, Carl Sandburg, and Paul Laurence Dunbar as major influences. He used his poetry and prose to reflect the culture and experiences of Black Americans. Critic Donald B. Gibson stated that Hughes was unique even among other Black poets. To Gibson, Hughes "has perhaps the greatest reputation that any black writer has ever had...he addressed his poetry to the people, specifically to black people...using language and themes, attitudes and ideas familiar to anyone who had the ability simply to read."

Hughes himself described his poetry as being about "workers, roustabouts, and singers, and job hunters on Lenox Avenue in New York, or Seventh Street in Washington or South State in Chicago—people up today and down tomorrow, working this week and fired the next, beaten and baffled, but determined not to be wholly beaten, buying furniture on the installment plan, filling the house with roomers to help pay the rent, hoping to get a new suit for Easter—and pawning that suit before the Fourth of July."

Despite ongoing trouble with Black and white critics, Hughes proved to be immensely popular with average Black citizens. "Those whose prerogative it is to determine the rank of writers have never rated him highly," wrote the Black World magazine in 1970, "but if the weight of public response is any gauge then Langston Hughes stands at the apex of literary relevance among Black people." This popularity allowed Hughes to become the first Black American to make a living solely from writing and lecturing.

Unmarried, Hughes died of cancer in New York City. His home on East 127th Street in Harlem was given landmark status by the New York City Preservation Commission, and the street now bears his name as "Langston Hughes Place."