Jones, George Gibson (a. 1871-27 October 1949), businessman, artist, and inventor was a long-time resident of the GLENVILLE Neighborhood in Cleveland and best known for being the country's only African-American owner of a brass foundry.

Details of his early life are scarce. Jones grew up with his father and grandfather who both worked in the Cleveland tailoring business. Jones's interests, however, gravitated to art and metals. With limited education Jones worked in apprenticeships at Cleveland area foundries to learn as much as he could about metals and forging. In his barn on 2539 Central he built a furnace and started the Favorite Brass Foundry, where he produced various brass images and art pieces. Jones understood that by combining the properties of various metals through the foundry process he could make an object more durable. While experimenting with an innovative combination of brass, zinc and tin he was able to produce a trolley wheel 33% more durable than any other on the market at that time. He demonstrated his wheel to the Holland Trolley Supplies Manufacturing Company of Cleveland, who consequently awarded him the contract to cast all of Holland's wheels. In turn, the company polished, finished and marketed the wheels worldwide.

Throughout his life, Jones was approached by many people wanting to go into a partnership or buy his metal process. He keenly declined them all. From his experiences as an apprentice, he witnessed many of the independent brass mill owners displaced when partnerships turned sour. Jones, however, was able to use his patents and business acumen to his own advantage.

Jones's abilities were recognized outside of Northeast Ohio during his lifetime. When Booker T. Washington came to Cleveland for the National Education Association (NEA) conference in 1908, he wanted to meet George G. Jones. No one at the conference appeared to know of him. To this, the great African-American leader responded that Jones was 'the only negro proprietor of a brass foundry in America.'

In addition to metal working, George G. Jones also invented numerous mechanical devices that were used worldwide. These inventions included an apparatus to remove a tire from an automobile wheel and the casting of an alloy that didn't require oiling which was used by the CLEVELAND ELECTRIC RAILWAY CO. He retired in 1934 but felt it was his patriotic duty to work at a defense plant during World War II. George G. Jones died at the age of 78 and was buried at LAKE VIEW CEMETERY. 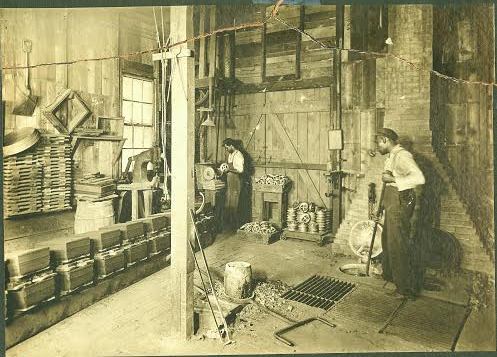