The KOKOON ARTS CLUB was one of Cleveland's most active artists' organizations between 1911-40, largely known for its unconventional activities and espousal of "new art." Founded in 1911 by CARL MOELLMAN and WM. SOMMER, the club was based on avant-garde artists' organizations in New York that sought new forms of artistic expression as alternatives to the conformity of academic art. Kokoon Arts Club The Kokoon Club was selective in its membership, for many years refusing to admit women. Among the many members to achieve regional and, in some cases, national distinction were Sommer, HENRY KELLER, AUGUST BIEHLE, Rolf Stoll, Joseph Boersig, and JOSEPH JICHA. The Kokoon Club's reputation was founded largely on its annual "Bal Masque," first held in 1913. Future Kokoon Club balls became celebrations of Cleveland's bohemian community, featuring unconventional costumes, exotic dances, opening processions, enormous props and clashing decorations, and unpredictable "stunts" throughout. In 1921 the club moved from its original location in a former tailor's shop on E. 36th St. to larger quarters at 2121 E. 21st St. Among its activities, it invited to Cleveland leading art critics and artists for lectures or exhibitions. At least twice a year, the club held its own exhibitions, often drawing controversial reviews. As "new art" became more acceptable, it lost some of its original intellectualism and became more of a social organization. With the Depression, the club began a slow but steady decline. The last "Bal Masque" was held in 1946, although the club managed to hold together with a dwindling membership for at least 10 more years. 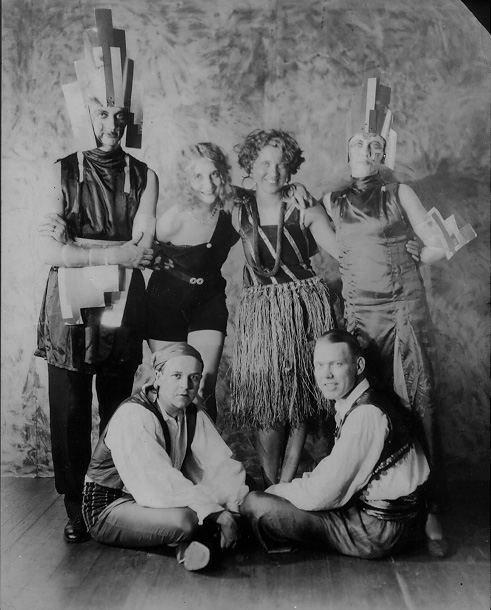