The LITTLE STEEL STRIKE began on 26 May 1937 when members of the Steel Workers Organizing Committee voted to strike REPUBLIC STEEL, Youngstown Sheet & Tube, and Inland Steel, the major independent steel producers known as "Little Steel." Although Ohio governor Martin Davey tried to initiate negotiations between the contending parties, the companies refused to recognize the committee as the representative of its members. 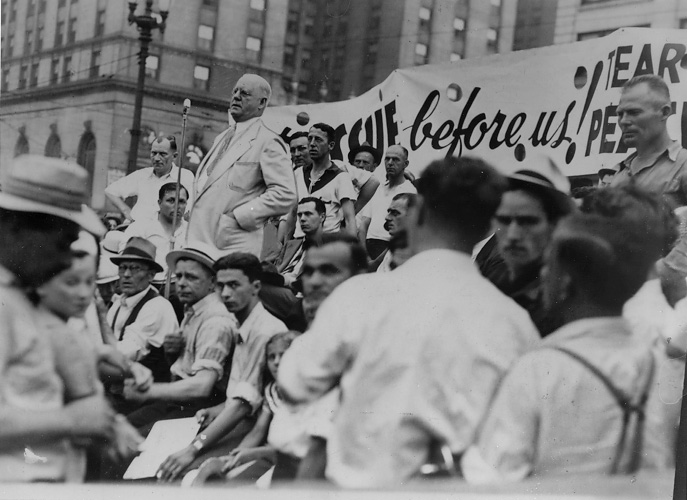 During the early days of the strike, a potentially explosive confrontation was averted when Mayor HAROLD BURTON revoked Republic's permit to operate an airfield on St. Clair Ave., which the company used to supply nonstriking workers to Republic plants at Niles and Warren. Although the federal government appointed a mediation board on 17 June, discussions reached an impasse as the companies rejected the board's compromise settlement by refusing to enter into a contract with the committee. Little Steel StrikeFaced with the companies' determination to reopen the mills, Gov. Davey ordered the National Guard to provide protection to employees who wished to return to their jobs. In Cleveland, Mayor Burton and Sheriff Martin O'Donnell requested that the guard troops be sent for the 6 July opening of Republic's mills, and O'Donnell declared military rule the day before the scheduled reopening. The number of returning workers increased slowly, and aside from occasional vandalism, Cleveland remained relatively quiet. The National Guard was removed by 16 July, but 10 days later Cleveland was rocked by violence between workers at Republic's Corrigan-McKinney plant and strikers outside the plant. However, by the end of Aug. 1937 the Little Steel Strike had faded. The 3 major independents eventually signed contracts in the early 1940s, when the National Labor Relations Board decisions demanded that they comply. 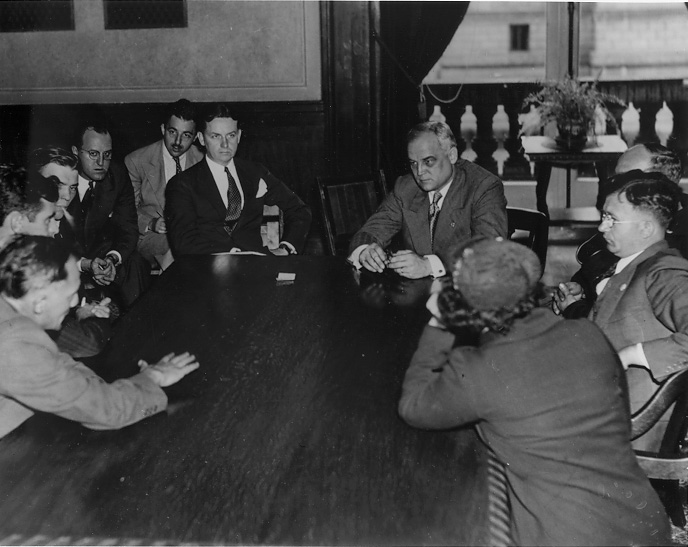