NEWMAN, PAUL LEONARD (26 January 1925 - 26 September 2008) was a prolific actor, film producer-director, race car driver, philanthropist, and political activist who received numerous accolades for his work in the entertainment industry, including eight Oscar nominations for Best Actor, as well as for his humanitarian efforts, which earned him the Jean Hersholt Humanitarian Award in 1993.

Newman was born in CLEVELAND HEIGHTS, Ohio, to Theresa Garth (née Fetzer) and Arthur Sigmund Newman, Sr., and was raised in SHAKER HEIGHTS. His father was the co-founder and manager of a sporting goods store, NEWMAN-STERN CO., where his mother also worked. He had one sibling, an older brother, Arthur Newman, Jr. Newman’s uncle was Cleveland journalist and poet JOSEPH SIMON NEWMAN. 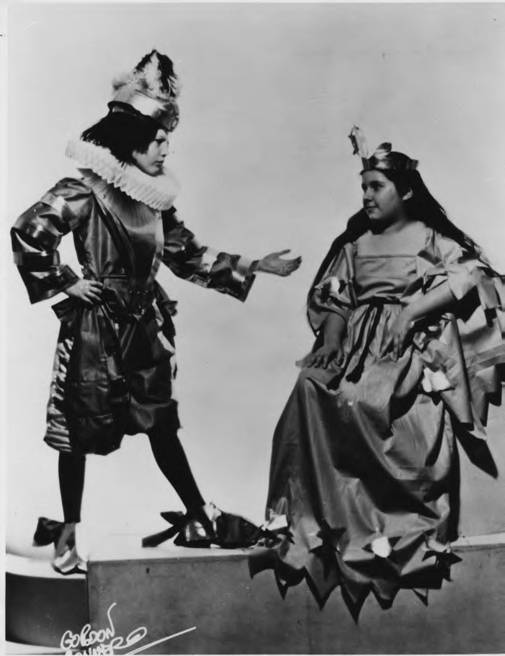 Cleveland Memory
Paul Newman and Jeanette Klima in the 1936 production of "St. George and the Dragon." This was produced by The Cleveland Play House Children's Theatre, founded in 1933. Paul Newman is the most esteemed of the Curtain Pullers Alumni.

Newman graduated from Shaker Heights High School in 1943, then briefly attended Ohio University in Athens, Ohio, before enlisting in the United States Navy. He initially attended the Navy V-12 program at Yale, but his color-blindness prevented him from completing pilot training. He trained as a radioman and gunner, and in 1944, Aviation Radioman Third Class Newman was sent to the Pacific Theater, where he served until his discharge in 1946. Newman was decorated with the American Area Campaign Medal, the Good Conduct Medal, and the World War II Victory Medal.

After the war, Newman attended Kenyon College in Gambier, Ohio, earning a Bachelor of Arts degree in drama and economics in 1949. Following graduation, he performed with summer stock theatre companies such as the Belfry Players in Wisconsin and the Woodstock Players in Illinois. Newman’s father died in 1950 and he moved back to Cleveland for 18 months to run Newman-Stern Co. before leaving to attend the Yale School of Drama for one year.  In 1951, Newman moved to New York City to study at the Actors Studio and he debuted on Broadway in 1953.

In 1972, Newman, who had a passion for motorsports, began a professional racing career that lasted until 2007. In the auto racing community, Newman was known as P. L. Newman. During his career, he won four Sports Car Club of America (SCCA) national championships, he had a second-place finish at the 1979 24 Hours of Le Mans, an endurance racing event held in France, and, at age 70, he became the oldest person to ever be part of a winning team at an official auto race when he won in his class at the 1995 24 Hours of Daytona. He was the co-owner of the Newman-Freeman Racing, Newman-Haas Racing, and Newman-Wachs Racing Teams, which collectively won eight national titles and 107 individual victories. In 2009, Newman was posthumously inducted into the SCCA Hall of Fame. 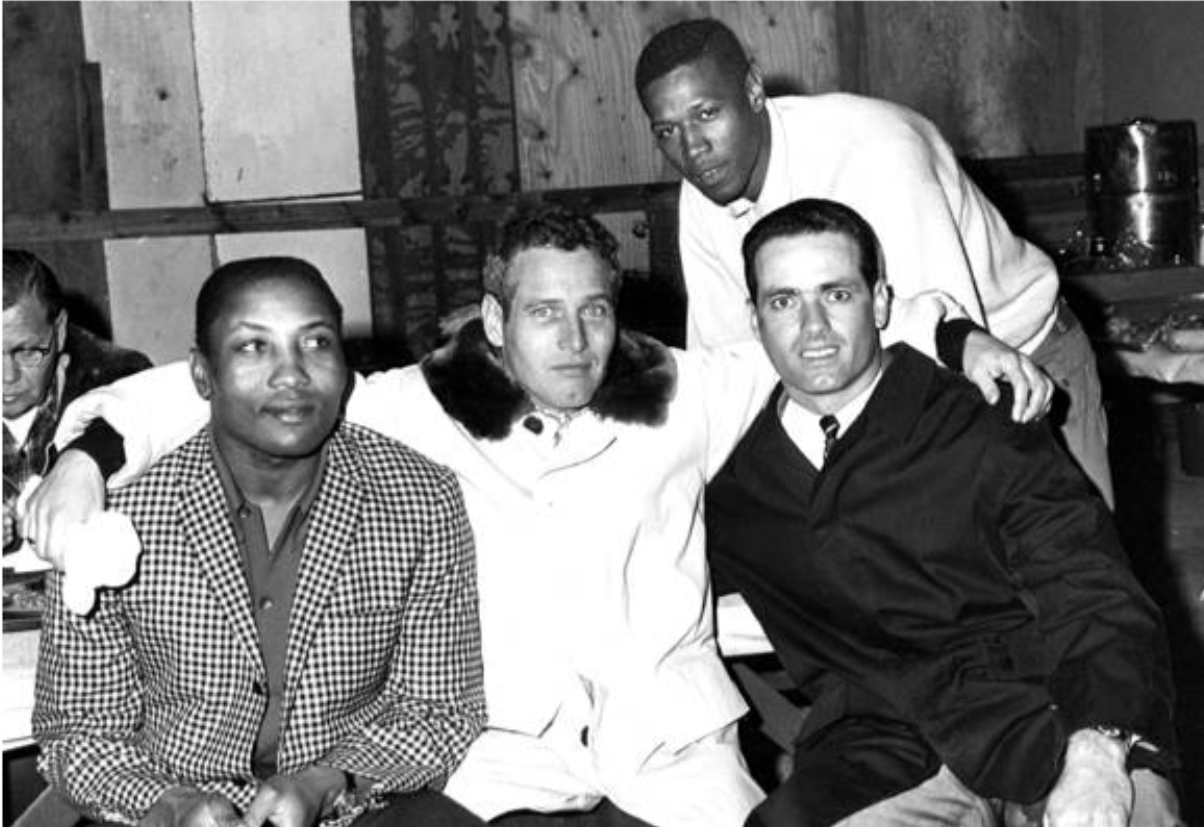 In 1982, Newman and writer A. E. Hotchner co-founded Newman’s Own, Inc., a food and beverage company which donates all of its post-tax proceeds to charity. Since 1982, the company has donated more than $570 million to over 22,000 charities around the world. In 1988, Newman and Hotchner co-founded the Hole in the Wall Gang Camp, which provided free, year-round recreation to children with serious medical conditions in Ashford, Connecticut. The concept expanded to become the SeriousFun Children’s Network, a worldwide community of camps and programs which have provided their services to more than 1.3 million children from over forty countries. In 2006, with John Whitehead and Josh Weston, Newman co-founded Safe Water Network, a nonprofit organization dedicated to developing sustainable drinking water solutions.

Newman was also a political activist who worked to promote progressive issues. He publically supported several Democratic candidates for the presidency, advocated for Civil Rights, including attending the 1963 March on Washington, and gay rights, and called for the break up of oil monopolies and an end to the proliferation of nuclear weapons. His opposition to the Vietnam War earned him a place on Richard Nixon’s “enemies list.” In 1995, he became part-owner of and occasional contributor to liberal political magazine The Nation.

Newman married for the first time in 1949 and remained with wife Jackie Witte until their 1957 divorce; the couple had a son and two daughters. In 1958, he married actress Joanne Woodward, with whom he had three daughters. Newman and Woodward were married for five decades, until his death at the age of 83. Newman died of lung cancer on 26 September 2008 in Westport, Connecticut, where he was cremated.