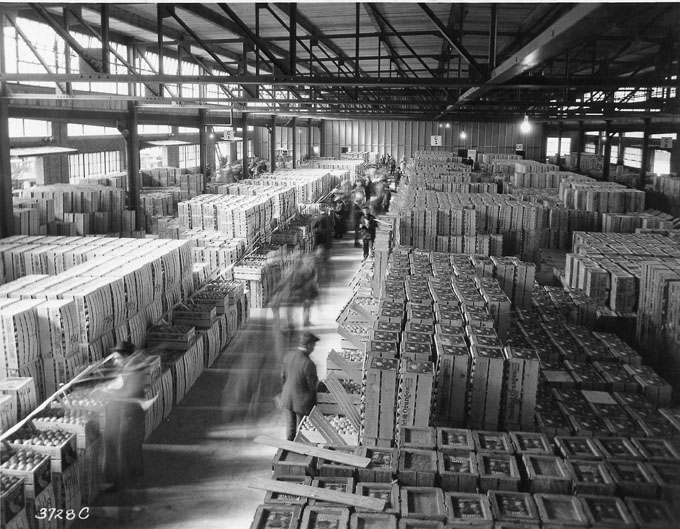 Rows of produce and other goods fill the inside the Northern Ohio Food Terminal in 1929. WRHS.

The new food terminal consisted of 4 reinforced-concrete buildings, an auction building, and a Growers' Market, opened in 1930, with covered sheds spread over 4 1/ 2 acres. The Nickel Plate Railroad (see NICKEL PLATE ROAD) retained ownership and operation of the terminal's 16-track delivery yard, which handled 18,000 cars annually. In 1954 the terminal was handling 40,000 carloads of food annually valued at $140 million, with more than 100 food merchants employing about 1,500 people. The greatest change in the terminal's operation during its first 25 years was the growth of trucking. In addition to a constant flow of rail cars, more than 20,000 carloads were arriving by truck each year.