ORLANDO BAKING CO., headquartered in Cleveland, is the largest wholesale specialty bakery between New York and Chicago. The company traces its origins to a bakery of the same name which opened in Castel di Sangro, Italy, in 1872. In Cleveland, however, the company started as a small retail bakery established by Guiseppe (Joseph) Orlando in 1906 at 1341 Central Ave., though the bakery soon moved to 2412 Scovill Ave., where it was located at the rear of a residence. 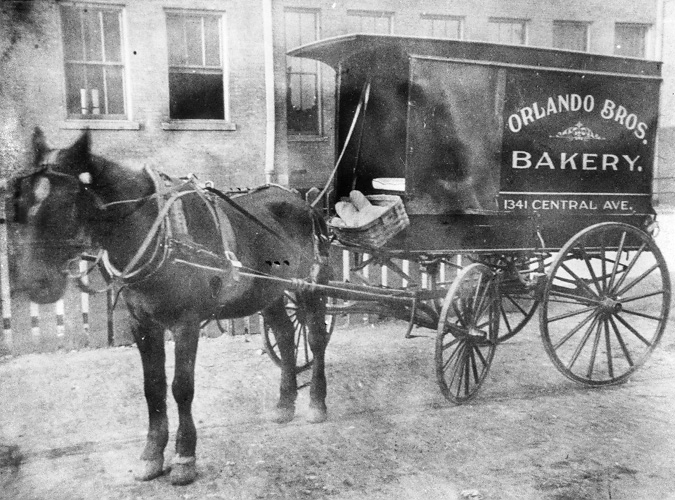 A small plant was constructed at 11129 Woodland Ave. in 1918, and Guiseppe's brother, Nicolo (Nickolas), took over in 1923, the latter's family living next door to the bakery. In the early 1930s what was once simply known as the Orlando family's bakery had acquired a company name: N. Orlando & Sons Bakery. The company grew steadily, and remained at their Woodland Ave. location until 1980. In 1979 a new plant opened at 7777 Grand Ave., near E. 79th and Woodland. The company, which had considered relocating to the suburbs, instead made a commitment to the inner city. The company received assistance from several local banks and government entities to construct a new 175,000 sq. ft., $4 million facility. Sales at the company have continued to increase since the late 1970s. By 2005, Orlando Baking Co. was family-owned and -run firm operated by the 5th generation of the Orlando family.