The PEERLESS MOTOR CAR CO., noted for its luxury automobiles, was established in Cleveland in 1889 as the Peerless Wringer & Mfg. Co., located on the city's east side at the junction of the Cleveland & Pittsburgh and the New York, Chicago & St. Louis railroads. By 1892 it had become the Peerless Mfg. Co. Originally a producer of washing-machine wringers, Peerless moved to 2654 Lisbon St. in 1895 and began making bicycles in the late 1890s. The company was manufacturing automobiles and parts in 1901 and was renamed the Peerless Motor Car Co. 2 years later. The company's factory, built in 1906 at 9400 Quincy Ave., was designed by Architect J. MILTON DYER. 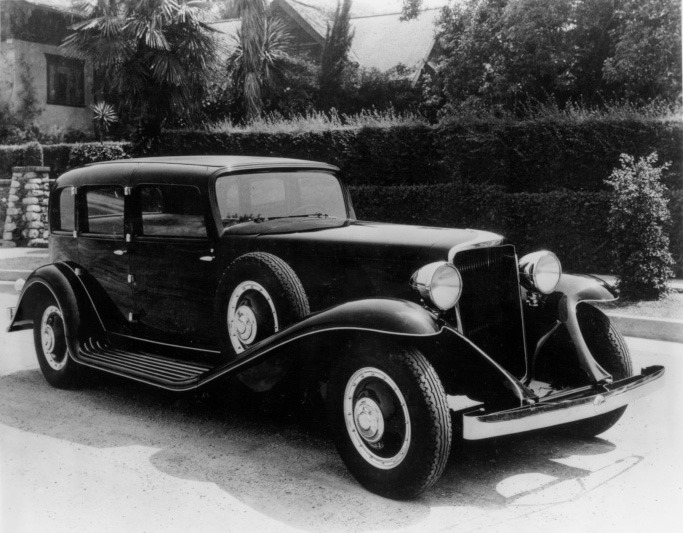 This 1932 Peerless, with a complete aluminum body and engine, was one of only 3 built by the Peerless Motor Car Co. Crawford Auto-Aviation Museum, WRHS.

Peerless employed Louis P. Mooers in 1902. He designed the first completely original Peerless and began entering his designs in automobile races with some success until he left in 1906. The company was known for its luxurious touring car models, priced at $3,200, $4,000, and $6,000 in 1905. In 1915 Peerless merged with the General Vehicle Co. of New York and the Cleveland concern became a subsidiary of the resulting Peerless Truck & Motor Co. When it became clear in the 1920s that the market for the large touring cars was limited, the company lowered its prices and tried to promote medium-sized cars. Although President Jas. A. Bohannon tried to save the firm, Peerless was unable to survive the Depression and the last Cleveland-based company to build automobiles in the city closed in 1931. After a careful study of the Depression-era market, Bohannon organized the CARLING BREWING CO. in 1933 and operated it in the old Peerless factory.