The REPUBLIC STEEL CORP., headquartered in Cleveland, was the 5th-largest steel producer in the U.S. at the time of its merger into LTV Steel in 1984. Republic was established on 8 Apr. 1930 by CYRUS EATON and WM. G. MATHER through an amalgamation of several steel companies. Anchored by Youngstown's Republic Iron & Steel Co., the new Republic Steel included Cleveland's Steel & Tubes, Inc., and Bourne-Fuller Co., to become the 3rd-largest steelmaker in the country. Republic pioneered in manufacturing light, alloy, and stainless steels, becoming the world's largest producer, but it suffered financially during the Depression. By 1935 its president, TOM GIRDLER, stabilized the company by acquiring 2 major steel firms, Truscan of Youngstown and Cleveland-based Corrigan-McKinney. Founded by JAS. W. CORRIGAN in the early 1880s as an iron-ore and lake-shipping business, Corrigan-McKinney had developed into a pig-iron and steel producer with a strategically located plant along the CUYAHOGA RIVER. With 3 major plants in Cleveland (a strip mill located at 3100 E. 45 St., the Upson Nut Div. at 1970 Carter Rd., and the Steel & Tubes Div., at 224 E. 131 St.), Republic moved its headquarters from Youngstown in 1936 and built a new continuous strip mill in Cleveland in 1937. It was plagued with labor problems, however, and hundreds of workers were injured attempting to unionize Republic facilities during the LITTLE STEEL STRIKE of 1937. Two deaths occurred in Cleveland. When Republic finally recognized the CIO in 1942, it was one of the largest employers in Cleveland, with 9,000 workers. 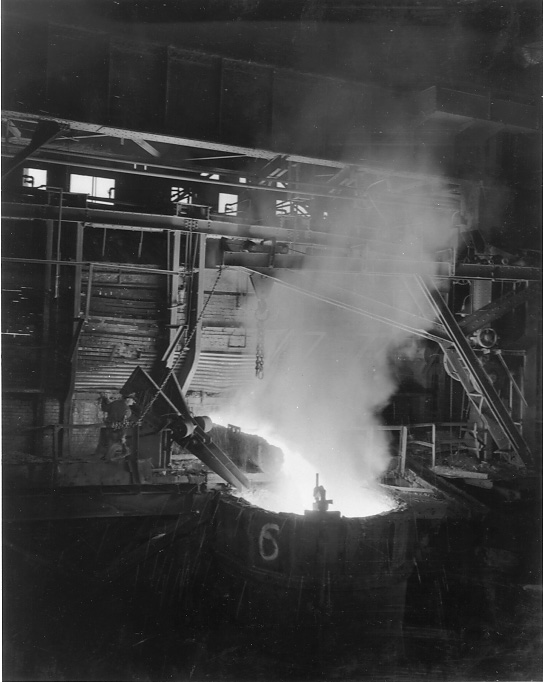 Republic continued to grow in the postwar period, opening a research center in INDEPENDENCE in 1959 and spending $1.2 billion on modernization efforts during the 1960s. By 1965 the Cleveland works was the largest of Republic's 8 steel plants. The 1970s witnessed the restructuring of Republic, as it consolidated its steel holdings and sold some of its declining businesses. It also diversified, moving into the shipping, petroleum, insurance, and aviation industries. Republic's steelmaking operations began to suffer from increased competition from foreign producers, however, as its share of the U.S. steel market slipped to 7% by 1982. Attempting to stem the losses, Republic closed older plants in the business recession of 1981-83 and laid off thousands of workers. At the same time the company upgraded its blast furnaces and installed a continuous caster at the Cleveland plant, which helped to lower operating costs. In another response for survival, Republic began to search for a merger partner. In 1984 it was merged with neighboring JONES & LAUGHLIN STEEL to form the LTV Steel division of LTV CORP.

Finding Aid for the Frank A. Scott Papers, Series I, WRHS.