The SCHMELING-STRIBLING FIGHT was the first heavyweight championship match waged in Cleveland, and the first sporting event to take place in the newly completed CLEVELAND MUNICIPAL STADIUM on 3 July 1931. It featured Max Schmeling, German-born heavyweight champion, against William L. "Young" Stribling, a seasoned veteran of 300 bouts. Known as "Young" Stribling because he had entered the ring at age 14, the fight built his credibility but proved to be his only chance at the title. Schmeling had fought 53 bouts with only 4 losses, defeating Jack Sharkey for the heavyweight championship of the world and was slightly favored to win by East Coast bookies, although Stribling, also known as "Willie the Clutch," was the popular favorite. Ticket prices ranged from $3 to $25. 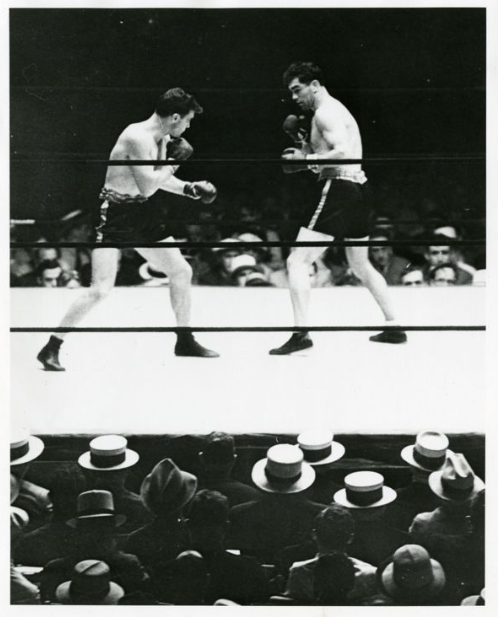 During the match Schmeling bided his time until Stribling slowed up, and then delivered a staggering right-hand punch in the 9th round. In the 15th round, Schmeling decked his opponent, who regained his footing by the 9 count, but the referee declared Schmeling the victor with 14 seconds left. The Cleveland fight was the summit of Stribling's career, as he died from injuries received in a motorcycle accident in 1933.