TAP PACKAGING SOLUTIONS is the nation’s largest provider of premium photo packaging products. Originally known as the Chilcote Company, Tap Packaging Solutions has been manufacturing photo mounts for over 100 years in Cleveland. Founded by August A. Chilcote in 1906, Tap Packaging has grown enormously and served as a notable employment opportunity for Clevelanders. 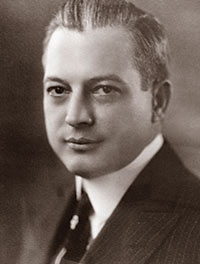 Today the company specializes in folding cartons and rigid set-up boxes. David Chilcote, company chairman and grandson of August Chilcote, managed the original location built by Sr. Superior Ave., Cleveland, OH 44114 until their move to Brooklyn, Ohio in 2019. In anticipation of the move, the city of Brooklyn provided Tap an $86,000 Job Retention and Creation Grant to support the relocation of 125 existing jobs and the creation of 15 new jobs over the course of three years. In 2004, Tap was awarded the ESOP Associations Company of the year. A decade later, Tap’s purchase of the HP Indigo 30000 Digital Press made them one of the world’s first companies to purchase a digital press designed specifically for folding cartons. Their success and longevity is recognized by many. Tap Packaging’s current location is 4600 Tiedeman Road Cleveland, Oh 44144.