The TORSO MURDERS, committed between Sept. 1935 and Aug. 1938, were believed to be serial killings. Most of the bodies were discovered in or near the KINGSBURY RUN area—a creek bed that ran from E. 90th St. and Kinsman Rd. SE to the CUYAHOGA RIVER. Torso Murderer Body parts of what was thought to be 7 men and 5 women were discovered; most victims were dismembered and all were decapitated. Most of the victims appeared to be transients or derelicts living in shantytowns on the fringes of society. The murderer was never discovered. The first 2 dismembered bodies were found together in Kingsbury Run on 23 Sept. 1935, one of which was later identified by his fingerprints as Edward Andrassey, 29, an orderly at a local hospital. The third victim was Florence Pollilo, found near Orange Ave. 26 Jan 1936. Between June 1936 and Aug. 1938, 9 more bodies were discovered, one of which was identified as Mrs. Rose Wallace. Safety Director ELIOT NESS immediately ordered the shantytowns of Kingsbury Run burned to the ground, which ended the torso murders. 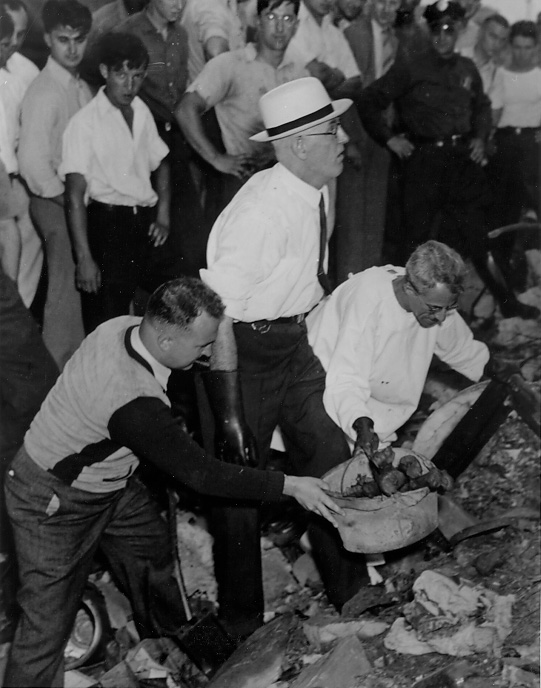 County Coroner Samuel Gerber and Cleveland Police detectives search among the rocks of the lakefront for remains of victims of the Torso Murderer, 1938. CPL.

The similarities in dismemberment, which were carried out with surgical precision, led investigating policemen to surmise that the murders were committed by a single person with significant knowledge of anatomy. Police Lt. Peter Merylo, who worked on the case for 6 years, characterized the killer as coldly efficient and as relentless as an executioner when in the mood to kill. Although Frank Dolezal confessed to the Polillo murder, he hanged himself before he could be tried, and despite intensive police work, there was never sufficient evidence to make a case against any other suspect. 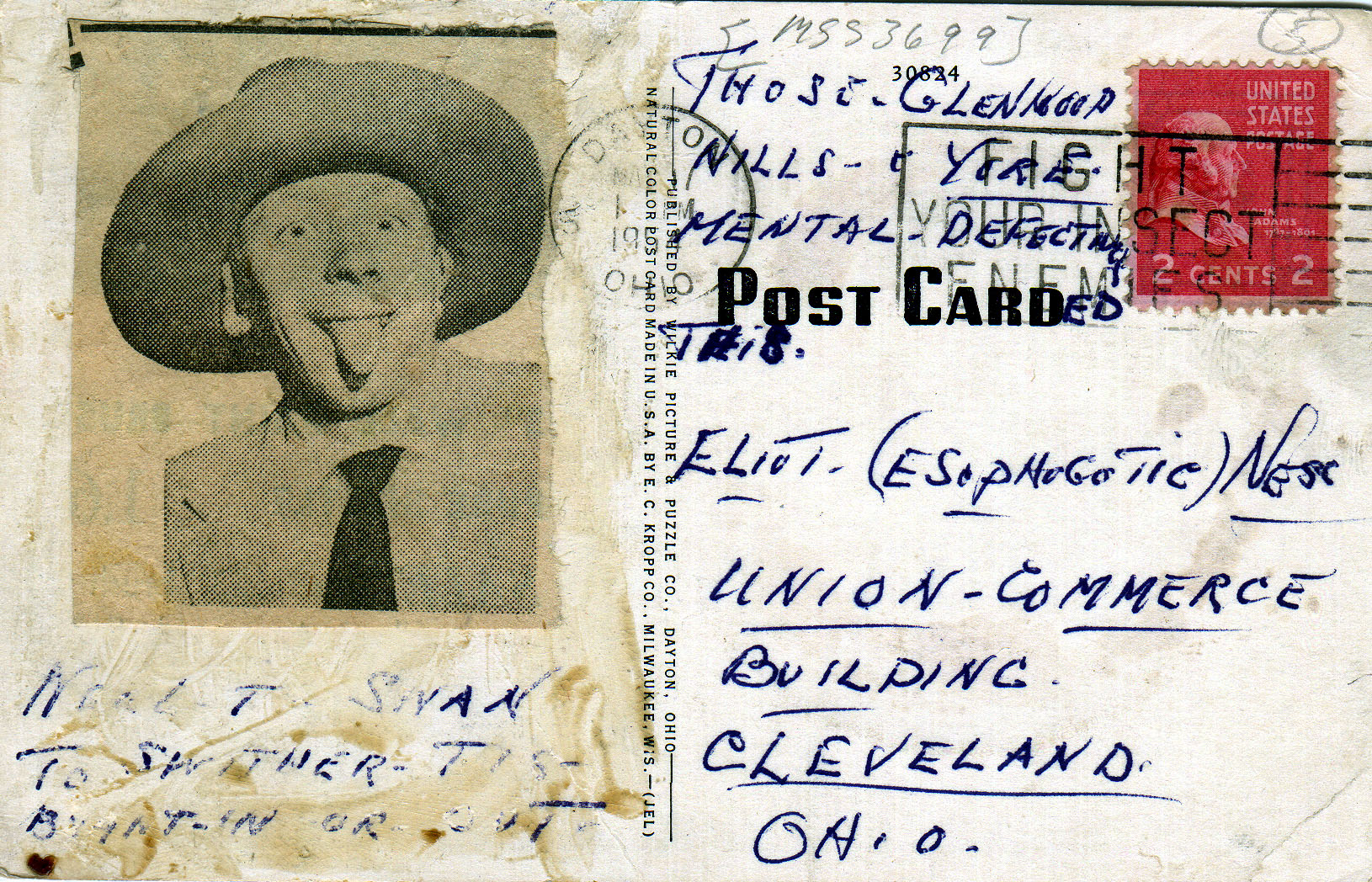 Postcard (2 of 5) sent to Eliot Ness in 1954 by an asylum inmate who some people believe may have been the torso murderer.

Nickel, Steven. Torso: The Story of Eliot Ness and the Search for a Psychopathic Killer (1989).