The WARNER & SWASEY CO. was once a leading manufacturer of machine tools, with a world-wide reputation for its telescopes and precision instruments. New England machinists WORCESTER P. WARNER and AMBROSE SWASEY formed a partnership in Chicago in 1880 but moved to Cleveland, opening a machine tool shop on Carnegie Ave. near E. 55th St. in Aug. 1881. With the advent of the sewing machine, bicycle, and automobile industries, the firm began to focus on producing turret lathes. Utilizing the same techniques and machinery used to produce machine tools, the firm also produced telescopes—due primarily to Warner's interest in astronomy. The company gained international fame in 1886 by building the largest telescope at the time for the Lick Observatory in California, and later completed large telescopes for the U.S. Naval Observatory and the Yerkes Observatory in Wisconsin. While the company used its astronomical instruments to gain publicity, most of its profit came from machine tools. 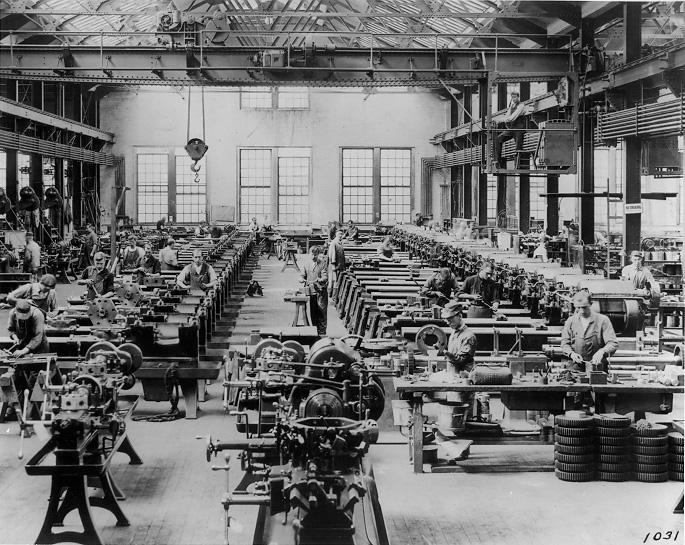 After incorporation in 1900, Warner & Swasey placed more emphasis on its profitable turret lathe business and became the world's leading manufacturer of such lathes by 1928. During World War II, the company employed 7,000 people and produced half of the turret lathes manufactured in the U.S. After the war, it diversified into textile machinery construction equipment and the electronics industry through internal growth and acquisitions. By 1965 Warner & Swasey employed 2,000 people and began to move several operations to SOLON. Its headquarters relocated to UNIV. CIRCLE in 1968. During the business recession in the early 1980s, Bendix Corp., which had purchased the company in 1980, closed several of its plants in the Cleveland area and implemented large-scale layoffs. In 1983 Bendix was taken over by the Allied Corp. of New Jersey, which sold Warner & Swasey to Cross & Trecker, a Michigan machinery firm, in 1984. Cross & Trecker was absorbed by Giddings & Lewis, a Wisconsin tool company, which shut down Warner & Swasey's only remaining plant in Solon in Jan. 1992, closing out 110 years of operation in the Cleveland area.

The Warner and Swasey Anniversary Celebration (1920).