WHITE CITY was an amusement park located on Lake Erie at E. 140th St. Established in 1900, it was operated by Wm. R. Ryan, the former manager of EUCLID BEACH PARK. White City First known as "Manhattan Beach," its name was changed to White City soon afterward. Among the park's attractions were Bonavita the lion trainer and Madame Morelli the leopard trainer. Catastrophe plagued the park, however. Fire destroyed the grounds in May 1906. Although the amusement park was soon rebuilt, a damaging gale and rainstorm wiped it out again in July 1907, after which it was permanently closed. 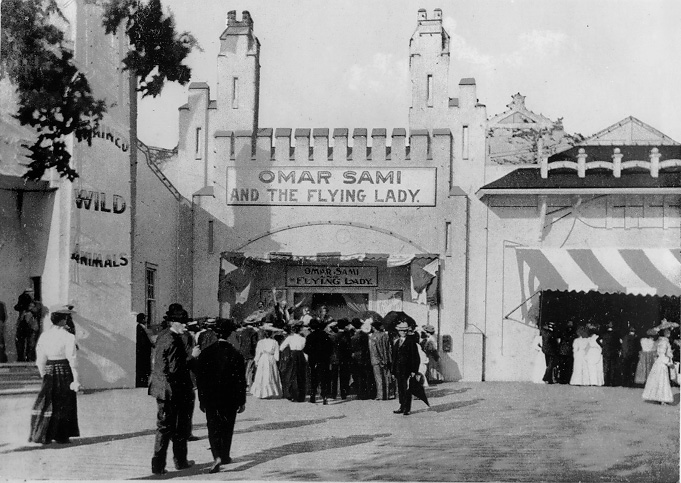 A crowd of well-dressed men and women walk along boardwalk in this postcard illustration the White City Amusement Park, ca. 1900s. WRHS.