The WINTON MOTOR CAR CO. was an early pioneer in the American automobile industry. The Winton Motor Carriage Co. was founded in March 1897 by Cleveland bicycle manufacturer ALEXANDER WINTON who, along with Thos. W. Henderson and Geo. H. Brown, established a factory at the corner of Belden and Mason streets. To promote his early products, Winton drove one of his automobiles to New York City in July 1897, which stimulated investment in the company (see CLEVELAND-NEW YORK DRIVE). Winton was the first company to sell a standard American-made, gasoline-powered automobile; its price was $1,000. The publicity from Winton's second drive to and from New York in 1899 enabled the company to produce 25 cars a week and the price rose to $2,000. The company built a new factory complex at 10601 Berea Rd. and a sales office and garage at 1228 Huron Rd. in 1902; employment increased from 700 to 1,500 workers. By 1905 the firm had branches in New York, London, England, Toronto, Canada, and Honolulu. Winton regularly introduced new models, including delivery vehicles and a racing car. By 1910 the company had marketed 18 automobile models. Reorganized as the Winton Motor Car Co. in 1915, the company produced 2,450 vehicles the following year. 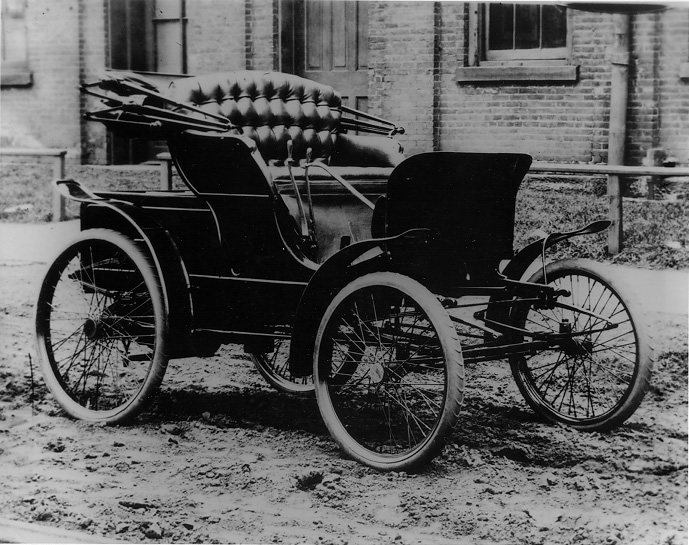 Winton produced expensive automobiles and was unable to adjust to the introduction of less expensive, mass-produced vehicles by Henry Ford in the early 1920s. The firm made only 690 cars in 1922, and on 11 Feb. 1924 it ceased automobile production. Alexander Winton closed the company and concentrated his efforts on the production of diesel engines. (see CLEVELAND DIESEL ENGINE DIV. OF GENERAL MOTORS CORP.).