How CWRU EMS was formed and came to be the organization it is now!

CWRU EMS was first envisioned by Ari Rabkin and Joseph Grover during the 2003-2004 school year. Ari, at the time a sophomore, and Joseph, a freshman, had both been affiliated with volunteer fire departments in Montgomery County, Maryland. Determined to found an EMS squad on campus, Ari and Joseph met with Brian Hurd, assistant director of CWRU Protective Services, who was very supportive of the idea.

During the spring of 2004, Ari and Joseph met with Glenn Nicholls, Vice President of Student Affairs, who gave Ari and Joseph some contacts at the nursing school, among them Dr. John Clochesy and Chris Mannacci. After meeting with Dr. John Clochesy, Joseph and Ari found themselves availed with an advisor and teacher for CWRU EMS's EMT class. Ari and Joseph met with Colleen Barker- Williamson, Director of Student Activities, who helped them to arrange meetings with Risk Management and the office of General Counsel to address liability concerns.

Throughout spring 2004 and summer 2004, Ari and Joseph met several times each with Brian Hurd, Colleen Barker-Williamson, Glenn Nicholls, and Dr. Clochesy. During the summer of 2004, they received word that Risk Management had approved their endeavor.

Fall 2004 brought a number of successes in their efforts to create CWRU EMS. In fall 2004 and continuing into spring 2005, CWRU EMS held its first EMT class, team-taught by staff from the Frances Payne Bolton School of Nursing. On October 26th, 2004, USG approved a resolution affirming its support for CWRU EMS. At the end of fall 2004, USG approved CWRU EMS as a student group and provided funding for the following spring. Throughout fall of 2004, CWRU EMS worked towards developing a close working relationship with Cleveland EMS and Case Protective Services, as well as tried to find a physician to serve as CWRU EMS medical director.

Starting in the spring of 2005, Joseph and Ari continued paving the way for CWRU EMS to become a reality. By early February, CWRU EMS was finally granted the Presidential Initiative Grant to begin purchasing medical equipment. In addition, CWRU EMS received permission to use the first floor of the Satellite Security Office as their own office, while sharing some of the space with Protective Services officers. Furniture was provided by the Office of Housing and Residence Life, which included beds, a desk, chairs, and filing cabinets. Finally, CWRU EMS was given a patch design by Case Creative Services. With the finances and now the design, purchasing of medical equipment, uniforms, and other necessary supplies began.

The last piece came together when Joseph and Ari were approached by Dr. Jeffrey Lubin to serve as the Medical Director for CWRU EMS. At the end of spring 2004, CWRU EMS had finally become a reality and was able to begin providing its services as a sled and foot response on campus. On April 22nd, 2005, CWRU EMS received its final all-encompassing approval by the Office of Student Affairs and the Office of the President and Provost to act as a Case sponsored EMS organization. On April 23rd, 2005, CWRU EMS provided medical standby for its first event, Springfest 2005.

Beginning at 7:00 PM Friday, September 30th, 2005, CWRU EMS began its first weekend responding to medical emergencies on the Northside of campus. CWRU EMS was on duty from 7:00 PM Friday until 7:00 AM Monday, ready to respond to all medical emergencies dispatched by Protective Services. In February of 2006, the first set of standard operating procedures were written and made official.

In September 2007, CWRU EMS had their first shift with the aid of a vehicle. Having a vehicle meant that CWRU EMS could finally serve the entire Case Western Reserve University campus.

In the fall of 2009, CWRU EMS began operating out of Cutler House. This tripled their office space, living quarters, and storage space.

In the fall of 2013, CWRU EMS's first ambulance was set in service.

In early 2016, CWRU EMS purchased a third ambulance, a 2008 E450 Type III from Durham Region in Ontario. In December of 2016, the standard operating procedures went under its first full review and revisal. A brand new 330 page set of procedures were proposed and approved.

In 2017, CWRU EMS relocated to operate out of the basement of the Satellite Security Office and decommissioned its first ambulance. 2017 also brought the start of Stop the Bleed and CPR classes taught by CWRU EMS, a service still offered to date. Around this time, Active 911 was also implemented into the CWRU EMS system, allowing for more organization-wide notification and communication.

In 2018, CWRU EMS acquired a new ambulance, named "Roxy". In addition, CWRU EMS purchased vehicle 555, which was dubbed the supervisor vehicle, and was utilized for CWRU EMS activities not related to patient transport

In light of the COVID-19 pandemic, CWRU EMS shut down service following the university’s transition to remote instruction in mid-March. As students returned to campus in the fall, CWRU EMS called back into service at the start of the fall semester, equipped with PPE and updated protocols in-line with COVID-19 safety measures.

CWRU EMS was recognized as the 2021 Collegiate EMS Organization of the Year by the annual National Collegiate Emergency Medical Services Foundation Conference, for the first time in CWRU EMS history. In operational news, CWRU EMS currently provides services to Case Western Reserve University, operating 24 hours Monday, Thursday, Friday, Saturday, and Sunday and from 5:00 PM to 8:00 AM Tuesday and Wednesday. 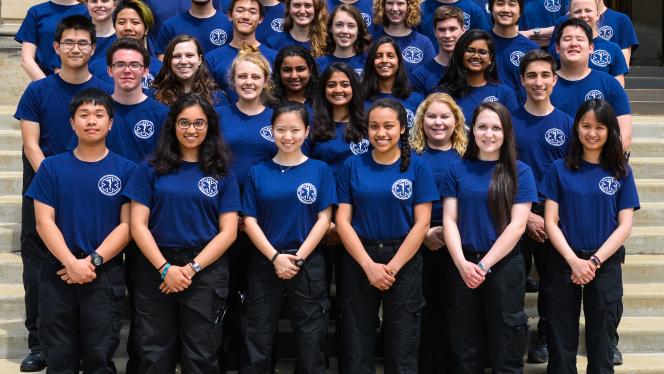 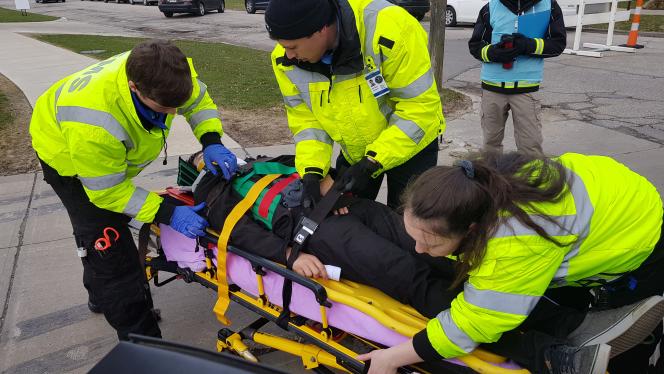 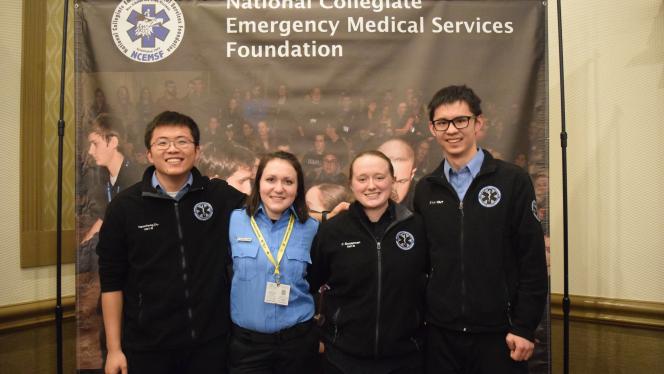 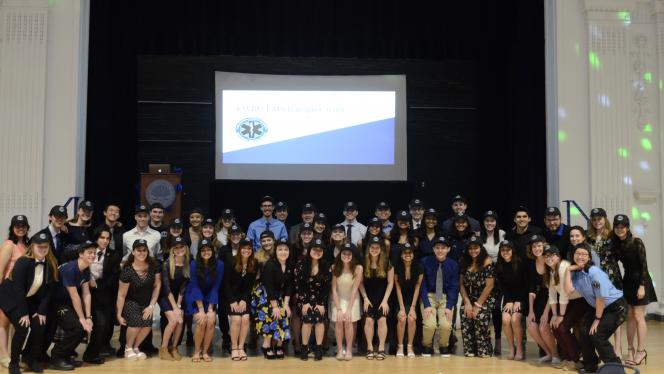