BLUE ROCK SPRING HOUSE was a regionally renowned water cure located in Cedar Glen (Cedar Road, south of UNIV. CIRCLE). Between 1880-1908 it operated as a sanitarium or hotel, offering a variety of mineral-bath treatments and bottled spring water. For many years, area residents had drawn from the natural spring a blue-green water containing large amounts of sulfur, believed to have therapeutic value. The owner of the land, Dr. NATHAN H. AMBLER (see AMBLER HTS.), saw commercial possibilities, and in the late 1870s he fenced off the spring and began to bottle and sell the water. He invited Daniel O. Caswell to take over the operation. The Blue Rock Spring Company was incorporated in 1880, and facilities were constructed for a water cure. Water cure, or HYDROPATHY, was in vogue at the time and was administered for a variety of ailments. In the Blue Rock Spring House, baths were carved out of the rock on the ground floor of the building. It was more of a resort in its early years, but the professional emphasis was later increased, and in 1901 the name was officially changed from Blue Rock Mineral Spring to Blue Rock Sanitarium Spring. The sanitarium closed in 1908, probably because of the waning popularity of hydropathy. In 2005 Emerson Gym of Case Western Reserve University stood on the site. 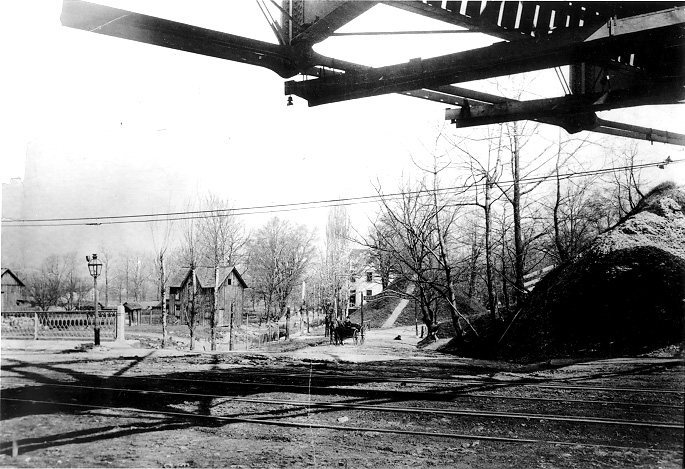 Carriage exits the Blue Rock Mineral Springs at the foot of Cedar Hill, ca. 1900. In 1995, the site was the location for the Lincoln Storage Co. WRHS.