The CLEVELAND GRAYS were organized on 28 Aug. 1837 as an independent volunteer militia company to bolster the local constabulary and to protect the city in case of invasion from Canada. Originally called the Cleveland City Guards, the membership decided that the organization's name should be taken from the color adopted for their uniforms—gray. Thus, in 1838 the company became known as the Cleveland Grays. Simultaneously, the members adopted the motto "Semper Paratus" (Always Prepared). 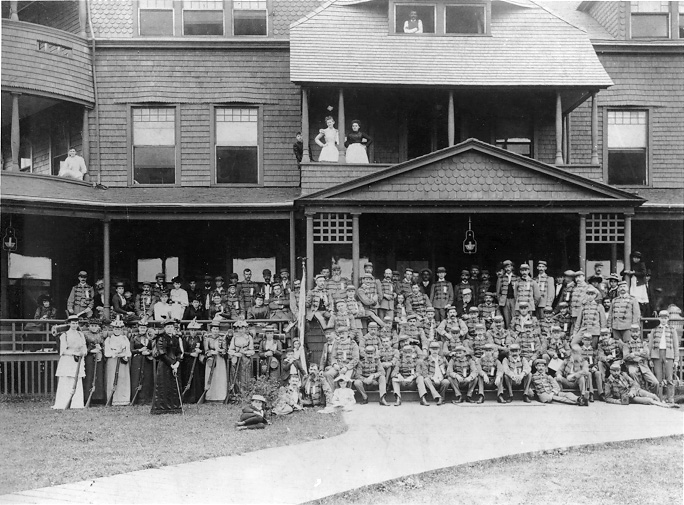 The Grays saw military service as a unit in the CIVIL WAR, the SPANISH-AMERICAN WAR, the Mexican Punitive Expedition (1916), and WORLD WAR I. The Grays were the first company to leave Cleveland during the Civil War. In Apr. 1861 they were designated Co. E, 1st Ohio Volunteer Infantry (OVI). They saw action at Vienna Station and First Bull Run. During the war they also served in the 84th OVI and were on duty with the 150th OVI when Confederate general Jubal Early attacked Washington in the summer of 1864. During the Spanish-American War, the Grays petitioned the state and were admitted to the National Guard as the 1st Battalion of Engineers, 10th OVI. After the war they returned to their independent status. In 1916 they again petitioned the state and joined Ohio troops participating in the Punitive Expedition against Mexico. World War I, during which the Grays saw action in the Meuse-Argonne Offensive of 1918 on the Western Front, was the last active service of the Grays as a unit. During subsequent conflicts, including the Persian and Gulf Wars, individual members have served in the armed forces.

Today, the purpose of the Grays is to preserve the military heritage of Greater Cleveland, promote patriotism, and good fellowship. The organization is headquartered at GRAYS ARMORY (ca. 1893), 1234 Bolivar Rd. Membership is open to all men and women interested in military history. Membership in 1994 was 250.