The CLEVELAND STATE HOSPITAL (1852-1975) was a state-supported psychiatric facility for long-term care. Originally known as the Northern Ohio Lunatic Asylum, it was the second of 6 public asylums established in Ohio during the 1850s. It was later known as Newburgh State Hospital. The Northern Ohio Lunatic Asylum was authorized by an act of the Ohio legislature. The main building, containing 100 beds, was completed in 1855 on land in NEWBURGH donated by the family of JAMES A. GARFIELD†, later U.S. president. Previously, many of those considered insane had been kept in jails or almshouses. The asylum was to provide a quiet place outside the city where healthy, moral living habits could be learned (although management of disturbed patients then also included seclusion, cuffs, straps, strait-jackets, and cribs). The hospital was run by a 5-member Board of Trustees appointed by the governor, with Dr. HORACE ACKLEY† the first chair and superintendent. In its first 100 years, the hospital had 21 different superintendents; the last, Dr. William Grover, served for 18 years. 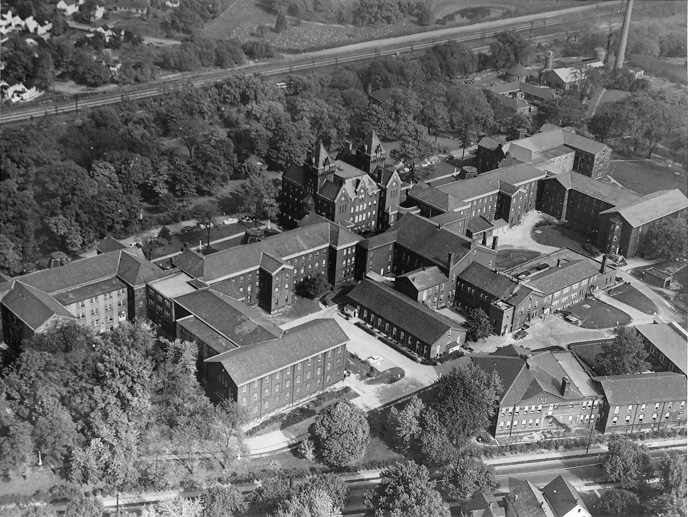 In its early years, the hospital had a homelike atmosphere; patients and staff usually dined together. An "open" facility, most patients were free to make use of the grounds. After a fire in 1872, a more substantial structure was built, with capacity for 650 patients. But by 1874 there were reports of overcrowding, a persistent problem. By 1900 the hospital had cared for over 1,000 patients. At this time it began to treat mainly poorer patients, including an increasing number admitted by the courts, further adding to patient numbers. Although Cleveland State Hospital kept pace with progress in medicine, conditions continued to decline in the 1920s and 1930s because of overcrowding and irregular state support. In 1946 investigations by the CLEVELAND PRESS and the newly formed Cleveland Mental Health Assn. revealed brutality and criminal neglect, and often squalid conditions.

Conditions improved with the development of social services, psychology, group work, occupational therapy, volunteer services, and out-patient clinics, but budget cutbacks in 1961 eliminated 29 activity programs. In 1962, for 2,700 patients there were 12 ward doctors and 10 registered nurses to supervise 250 attendants. During the 1960s, the patient population dropped from 3,000 to 1,800, closer to the intended capacity of 1,500. The state began phasing out the Cleveland State Hospital in 1972; in 1975 it became the Cleveland Development Center, a care facility for the mentally retarded. The old main building on Turney Rd. was demolished in 1977.