The CUNNINGHAM SANITARIUM was located at 18485 Lakeshore Blvd. at 185th St. The sanitarium was a 5-story-high spherical steel structure designed to maintain a pressurized atmosphere to aid in the treatment of various diseases, especially diabetes. Although oxygen therapy had been in use for over 8 years, this sphere, allegedly the only one of its kind in the world, was the first to conduct such therapy on a large scale. The treatment, developed by Orval J. Cunningham of the Univ. of Kansas, was founded on the belief that the higher air pressure introduced oxygen in abundance into the body system and aided in the therapy of various diseases. The Cunningham Sanitarium was built by H. H. Timken, owner of the Timken Roller Bearing Co. of Canton, OH, after a friend of his underwent successful treatment by Dr. Cunningham. The site was chosen because of its location on the lake and the quiet and beauty of the surroundings. The structure, a 900-ton ball 64' high, with 38 rooms and 350 portholes, was built in 1928 by the Melbourne Construction Co. at a cost of $1 million. The ball was attached to a 3-story sanitarium hotel by a series of steel tanks resembling gas storage tanks. Patients taking the air cure could eat, sleep, read, and play games in the pressurized tanks. 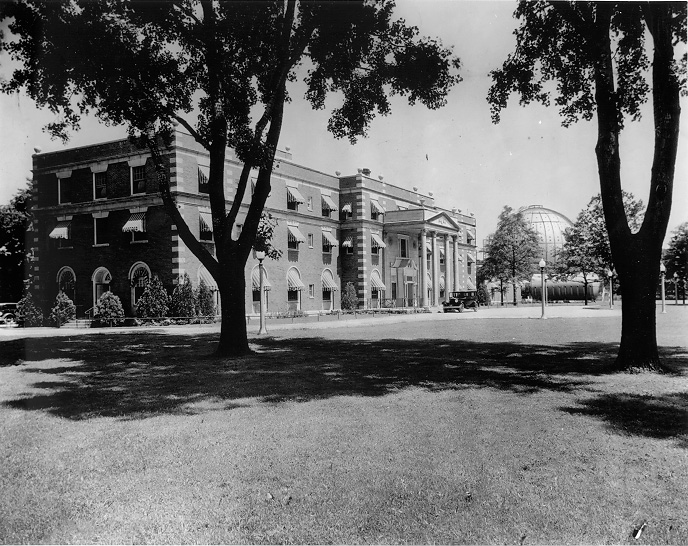 Dr. Cunningham managed the Cunningham Sanitarium until 1934, when it was sold to James H. Rand II, son of the cofounder of Remington Rand. Rand reorganized the hospital in 1935 and renamed it the Ohio Institute of Oxygen Therapy and used the air-pressure facilities for various research projects under his direction. In 1936 the hospital was again reorganized, as a general hospital known as Boulevard Hospital, but financial problems forced its closing in 1937. The site remained unused until purchased by the Roman Catholic Diocese of Cleveland (see CATHOLICS, ROMAN).

The enormous pressurized sphere was razed in 1942, and the scrap steel, valued at $25,000, went to help the war effort. The connected hotel building was used by the Catholic Diocese for a number of different purposes, including as a retreat, a youth organization headquarters, and finally as the Christian Life Center. St. Joseph High School was built nearby. The Life Center was closed in 2007, and the building fell into disrepair. In 2010, after a study showed it was simply too expensive to renovate, the building was "deconstructed." Bricks, fixtures, and other pieces were repurposed, and the site now serves as a green space for patients from the neighboring Hospice of the Western Reserve house.