DOCTORS' HOSPITAL, opened on 6 August 1946 in CLEVELAND HTS., was the forerunner of MERIDIA HILLCREST HOSPITAL. To relieve the hospital-bed shortage in Cleveland in 1935, 157 physicians of the ACADEMY OF MEDICINE of Cleveland began a fundraising drive to build a suburban hospital. Abandoning the idea of a new structure, the Cleveland Memorial Medical Foundation purchased the Edgehill Apartment building located at 12337-49 Cedar Rd., at Euclid Hts. Blvd., and converted it into a general medical and surgical hospital. By 1955 it was an accredited, modern 200-bed hospital. Doctors' was governed by a lay Board of Trustees, including Drs. R. Richard Renner, F. D. Butchart, and William A. Sommerfield, and Mr. Wilbur F. McCann. Dr. Arthur Culler, pastor of Heights Christian Church, served as president of the board, succeeded by Charles E. Silvers; Russell H. Stimson served as hospital director. With a special interest in cancer research, Doctors' Hospital received research support from the Rand Corp. In 1968 the hospital was purchased by the city of Cleveland Hts. for use of the land as a parking lot and fire station. In 1968 the staff and services of Doctors' Hospital moved to Mayfield Hts. (6760 Mayfield Rd.) and became known as Hillcrest Hospital (later Meridia Hillcrest Hospital). 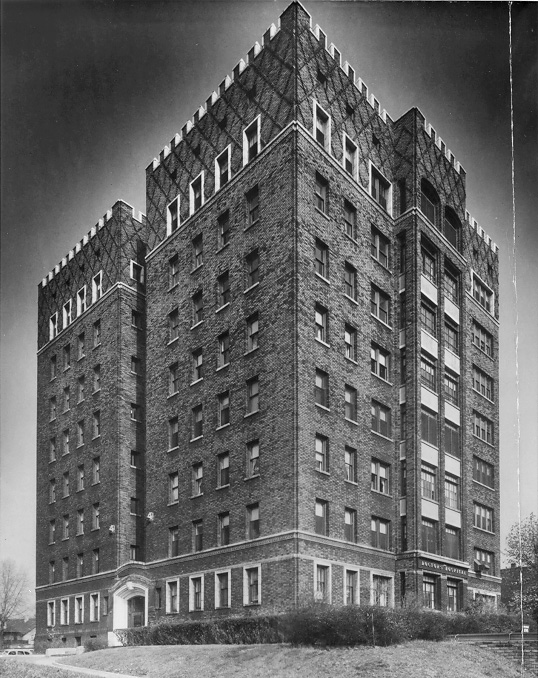