EUCLID BEACH PARK, one of the nation's best-known amusement centers, was located on the southern shore of Lake Erie at E. 156th St. and Nottingham Rd., about 8 mi. from PUBLIC SQUARE. The park, incorporated on 23 Oct. 1894 by a group of Cleveland investors, was originally managed by Wm. R. Ryan, Sr., and patterned after New York's Coney Island. Lee Holtzman became the new director of Euclid Beach in 1897, but the enterprise failed and was offered for sale in 1901. 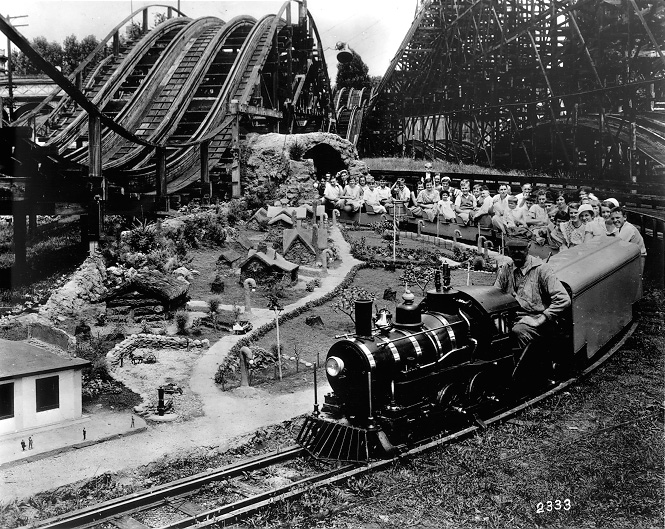 DUDLEY S. HUMPHREY II and 6 members of his family took over management of the park in 1901. They added many entertainment features to the facility, expanded beach and bathing facilities, and, since patrons could reach the park with only 1 streetcar fare, advertised a policy of "one fare, free gate and no beer." The Humphreys' policies attracted many families, as well as company and community groups, to the facility. The park was the scene of political gatherings, such as the local Democratic party "steer roast," and in 1910 the site of an important exhibition flight by aviator Glenn Curtiss. Euclid Beach remained extremely popular into the 1960s, when changing lifestyles, lake pollution, rising operational costs, and racial incidents caused its attendance and receipts to decline. The park closed on 28 Sept. 1969. The carved archway entrance, declared a historic Cleveland landmark in 1973, is the only feature that remained at the site. 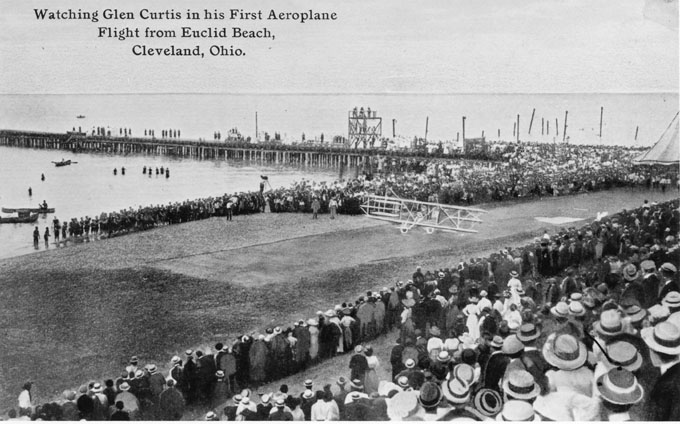 Euclid Beach Park Is Closed for the Season (1977).