The GLENN L. MARTIN CO. was an outstanding producer of airplanes as well as one of the earliest important suppliers of U.S. Army and Navy aircraft. The company was founded by Glenn L. Martin (1886-1955), a pioneer airplane manufacturer who began his career in California in 1908-09. Martin was brought to Cleveland in 1918-19 by 10 prominent local investors, and with him came other talented individuals. The first Cleveland-built plane was constructed by his company at their plant (which had an adjacent airstrip) at 16800 St. Clair. The company, known for being innovative, produced mail airplanes, a standard, commercially successful bomber plane (the Martin Bomber or MB-1 and MB-2), and developed hydraulic landing gear. The company made Cleveland a leader in the plane manufacturing industry. Martin himself helped in the establishment of Cleveland's airport as well as airmail service in Cleveland. 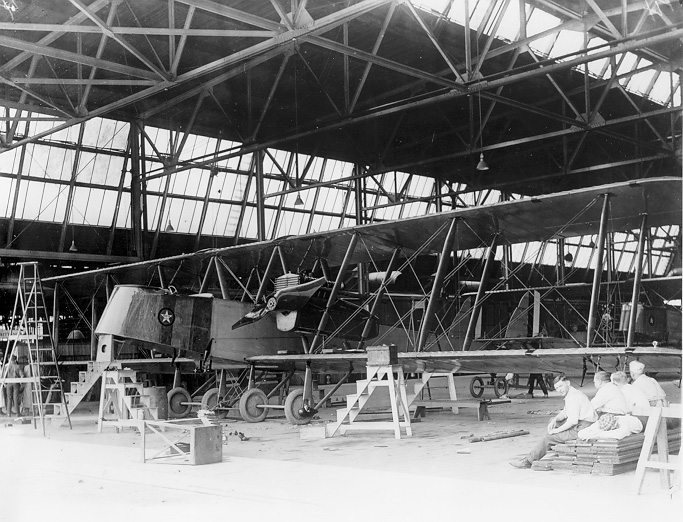 The company became primarily a military contractor and in 1929 relocated to Baltimore for several reasons. Frequent plane crashes near the plant led the City of Cleveland to refuse the company additional landing sites needed for larger aircraft. Other reasons included better opportunities, the need to be near tidewater as patrol boats were being built, as well as the desire to be near Washington, DC. Afterwards, a portion of the St. Clair plant was used to produce airplanes by a local successor firm, the GREAT LAKES AIRCRAFT CO. The Martin Co. evolved into the Martin-Marietta Corp. In the early 1940s, apparently as a result of wartime production, a branch was re-opened in Cleveland. The branch was located at 6601 Carnegie Ave., and the plant manager was Thomas J. Ewell II. This concern had a short run in Cleveland.