GRAND ARMY OF THE REPUBLIC

The GRAND ARMY OF THE REPUBLIC (GAR) was a national association of Union Civil War veterans, founded in Springfield, IL, in 1866. Ten states, including Ohio, and the District of Columbia sent representatives to the GAR's first national convention in Indianapolis, IN, in Nov. 1866. The first meeting of the Dept. of Ohio, GAR, was held in Jan. 1867 in Columbus. By late 1868, some 303 local "posts" had been established statewide, including a number in Cleveland. With its membership centered in the local posts, the organization worked on both state and national levels for issues such as pensions and the establishment of soldiers' homes. A number of Clevelanders, including William C. Bunts, JAMES BARNETT, and Theodore Voges, held positions in the state GAR. By 1908 8 GAR posts existed in Cleveland, with a membership of 886, and five other posts, with 129 additional members, were located elsewhere in Cuyahoga County. 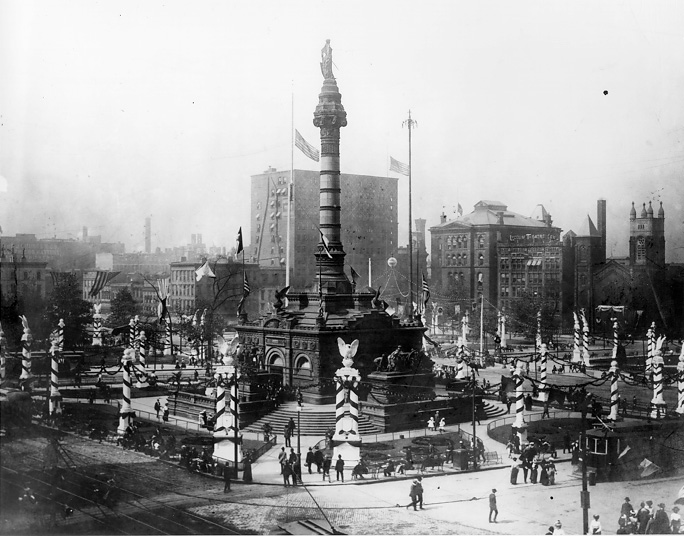 Two national GAR encampments (conventions) were held in Cleveland. Over 30,000 veterans attended the 35th Encampment, 12-13 Sept. 1901, to witness the "greatest" military parade in the history of the city. Considerably fewer veterans attended the 81st Encampment in Cleveland in Aug. 1947, organized by John H. Grate, a 102-year-old veteran from Atwater, OH. The last Cuyahoga County GAR member, Peter J. Diemer, died several years before, on 23 Feb. 1943. Following the demise of the local posts, their record books were transferred to the WESTERN RESERVE HISTORICAL SOCIETY and to various smaller societies and libraries in Cuyahoga County.

Grand Army of the Republic, Dept. of Ohio, Records, WRHS.