HAMILTON, MARGARET (1902-15 May 1985), a Cleveland actress best remembered as the "Wicked Witch of the West" in the film classic The Wizard of Oz, graduated from HATHAWAY BROWN in 1921. Daughter of Walter J. and Jennie (Adams) Hamilton, her family wanted her to become a teacher, so she went to Wheelock Kindergarten Training School in Boston, where she acted in a production of Little Women. Returning to Cleveland, Hamilton taught at Hough Elementary School, then operated her own nursery for the Cleveland Hts. Presbyterian Church.

She went to New York in 1922 to teach day school, but became enamored with the theater. She quit teaching, returned to Cleveland, and worked at the CLEVELAND PLAY HOUSE from 1927-30, meeting and marrying landscape architect Paul Meserve on 13 June 1931. After the Play House, Hamilton did summer work in Massachusetts. 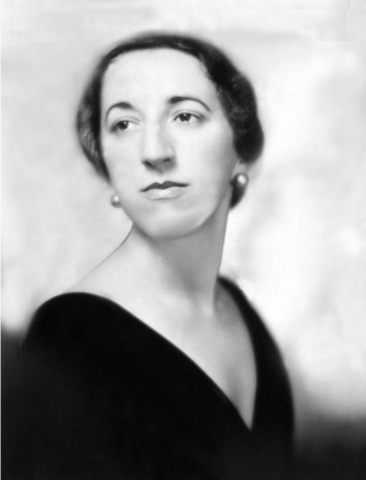 Cleveland Memory
A young Margaret Hamilton, most well known for her role as the Wicked Witch of the West in the Wizard of Oz

Arthur Beckworth "discovered" Hamilton in a play entitled The Hallems. The Broadway version, called Another Language, was the surprise hit of 1932 and was made into a film with Hamilton and Helen Hayes, launching Hamilton's Hollywood career. Because of her distinctive profile, however, her roles were never very diverse; she usually played aunts and spinsters. Her role as the wicked witch came in 1939 and further typecast Hamilton. She continued making films and doing plays, appearing in more than 75 of each. She also did guest roles on television and made commercials.

In her later years, Hamilton appeared several times at the Play House. She continued to teach Sunday school and volunteer in various causes.

Hamilton divorced her husband in 1938; they had a son, Hamilton Wadsworth Meserve. She died in Salisbury, Connecticut, and her ashes were scattered in Amenia, New York.