LAKEVIEW TERRACE, internationally known as a landmark in PUBLIC HOUSING, was one of three Cleveland housing projects that were the first to be authorized by the federal government. Together with Cedar-Central and Outhwaite, it was begun in 1935 and completed in 1937. Lakeview Terrace was especially notable because of its successful adaption to a difficult site. The 22-acre site at W. 28th St. between the lake and the MAIN AVE. BRIDGE was an irregular hillside with an 80-ft drop in elevation. The scheme was adapted to the hillside by a curving road, with many of the housing units arranged in a fanlike pattern. There are 44 residential buildings of three types-apartments, row houses, and a combination of the two-oriented as much as possible to provide daylight and views of the lake. 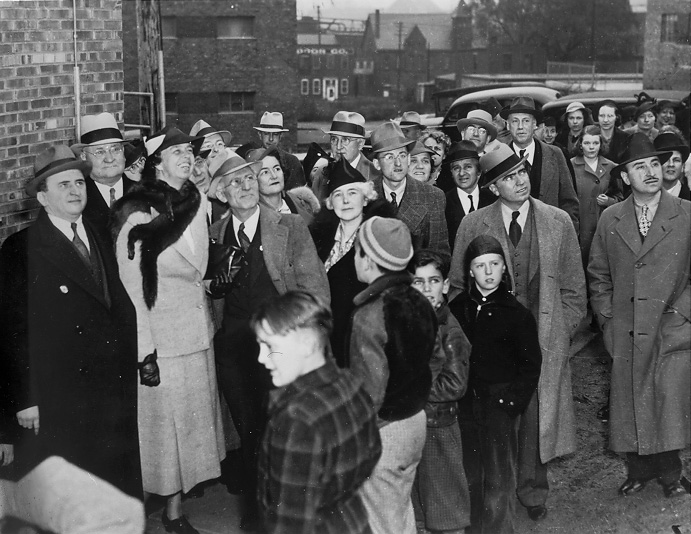 The architects were JOSEPH L. WEINBERG in association with William H. Conrad and Wallace G. Teare. The building construction was entirely fireproof, consisting of brick on tile walls with concrete roof and floor slabs and steel casement windows. The curved end walls, the windows arranged in horizontal bands, the iron railings, and especially the distinctive downturned hoods over the doorways reflected the work of International Style architects. Lakeview Terrace included the first community center in a public housing project. The project was also innovative in its use of the decorative arts, made possible by the creation of the Treasury Relief Art Project in 1935. At the W. 28th St. entrance to the project, a building containing shops was replaced in 1973 by a highrise apartment building for the elderly. From 1985-94, under a contract with CUYAHOGA METROPOLITAN HOUSING AUTHORITY and the Department of Housing and Urban Development, the project was managed by the Lakeview Terrace Resident Management Firm, a nonprofit organization owned by the residents. CMHA, under Director Claire Freeman, reassumed management of Lakeview in late 1994. The first phase of interior renovations were completed in 1994. At a cost of $8 million, 197 units were converted into 151 larger, completely rehabilitated units.