MISS MITTLEBERGER'S SCHOOL (ca. 1877-1908) was one of Cleveland's most prominent schools for young women. The school had its beginnings in Miss Augusta Mittleberger's home, where she began conducting private classes for young women. With the death of her father in 1877, Miss Mittleberger moved to larger quarters. In 1881 she was offered a house owned by JOHN D. ROCKEFELLER for her school. 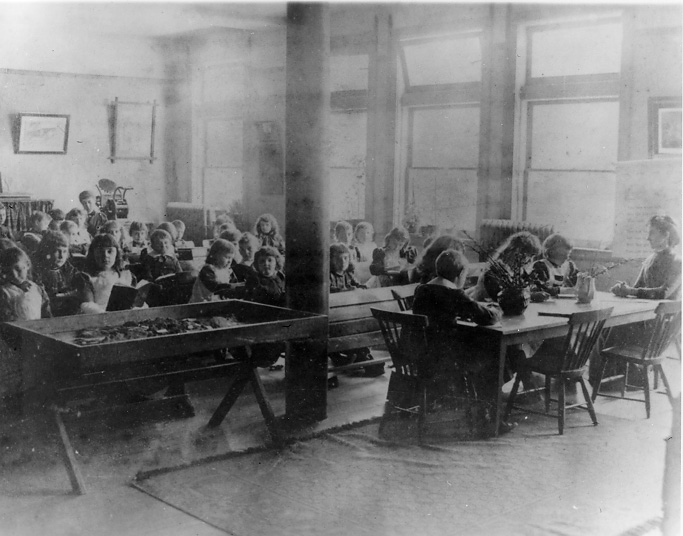 The house was moved approximately 1 block from its location on Rockefeller's land (he thought it obscured his view) to 1020 Prospect Ave. at E. 40th St. Consequently, Miss Mittleberger's students were called "the girls of 1020." Miss Mittleberger's became the school where prominent Clevelanders sent their daughters. It achieved a national reputation and boarded students enrolled from other areas of Ohio and nearby states, including the daughters of presidents Hayes and Garfield. In her catalogs, Miss Mittleberger stated her philosophy of education: "The aim, as in all good schools, is the training of the mind and the body and the development of character. Influence is developed in favor of higher education, pupils being sent to the best colleges open to women." Although nonsectarian, the school was rooted strongly in the Protestant moral tradition. "Above all," Miss Mittleberger stated, "it is considered of the greatest moment to place before our pupils right ideals of Christian excellence." Miss Mittleberger's School survived until 1908, when she retired. As a tribute to her, she was given a gift of $1,000 in gold coins at the alumnae luncheon that followed that final commencement of June 1908.