The NATIONAL AIR RACES, begun in 1920 with the first Pulitzer Trophy race, were first held at Cleveland Airport in 1929 and included an aircraft exhibit at PUBLIC AUDITORIUM. There were 35 racing events during the 10-day meet and several cross-country derbies, including what became known as the Powder Puff Derby for women. Aviators Charles Lindbergh, Roscoe Turner, and Amelia Earhart were among those participating in races or aerobatic demonstrations. National Air Races Members of the 1929 Board of Directors included ALVA BRADLEY, John T. Blossom, I. F. FREIBERGER, and M. J. VAN SWERINGEN. This 1929 meet helped make the National Air Races a major American event, which was important in promoting air travel and advancing aircraft research and development. With the exception of 1930, 1933, 1936, and the war years 1940-45, the races were held in Cleveland until 1949. Two of its most famous events were the Thompson Trophy Race, sponsored by Thompson Products, and the cross-country Bendix Trophy Race, sponsored by the Bendix Corp. Another prominent race was the LOUIS W. GREVE Trophy, named for an important early promoter of the National Air Races from the CLEVELAND PNEUMATIC TOOL CO. family. The Thompson race was a high-speed closed course pylon race, which was barred to women by the mid-1930s because it was believed the race was too dangerous for them to handle competently or safely. During the 1949 Thompson Trophy event, pilot Bill Odom crashed his highly modified P-51C racer into a Berea home, killing himself, resident Jeanne Laird, and her 13-month-old son, Craig. That produced a flurry of ordinances in Berea and other nearby communities to prohibit races over their cities, and there was no national race in 1950; between 1951-63, air shows/races were held elsewhere in the country. A new CLEVELAND AIR SHOW began in 1964 at BURKE LAKEFRONT AIRPORT. Incorporated as the Cleveland National Air Show, it continued the National Air Race tradition without unlimited-class pylon racing. 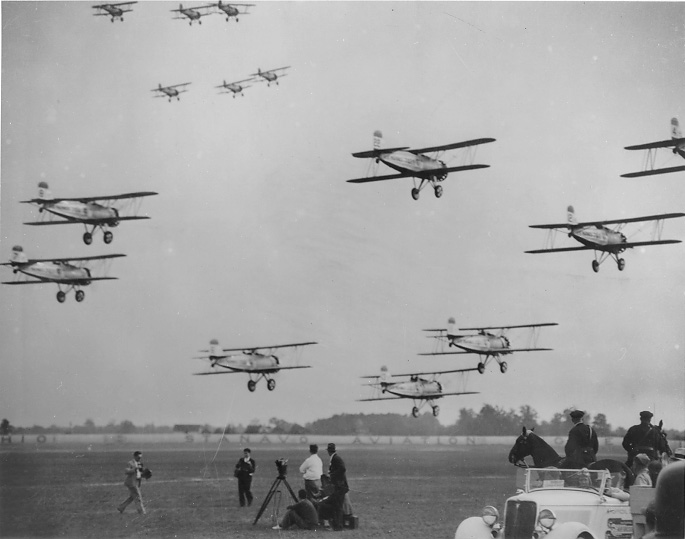 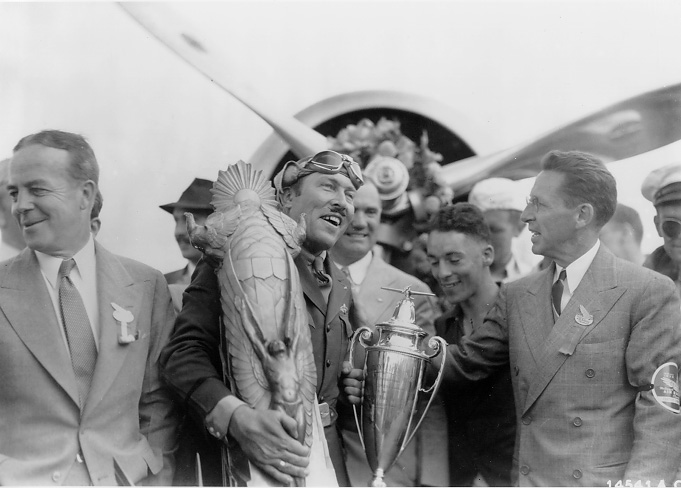