The WHITE MOTOR CORP. was created out of the White Sewing Machine Co. (see WHITE CONSOLIDATED INDUSTRIES), begun by THOS. H. WHITE in 1876. His son, ROLLIN HENRY WHITE, invented the auto flash boiler in 1899, and with the aid of his 2 brothers, Windsor and Walter, diversified the sewing machine company's products by introducing trucks and the White Steamer automobile in 1900. Though White outsold its nearest auto competitor 2 to 1, Thomas White dismissed the importance of the car, which led his sons to organize the White Motor Car Co. in 1906 on Canal St. in the FLATS. In 1909 the company made its first vehicle under its own name. During World War I, the company shifted to trucks and stayed with the product after the war, becoming the number one maker of trucks and custom vehicles. When sales plummeted during the Depression, White temporarily merged with Studebaker in 1932, but 2 years later it independently reorganized as the White Motor Corp. Under Robt. Black, the firm became a major producer of heavy-duty trucks and buses. During World War II, the White plant at 842 E. 79th St. was converted to the manufacture of military vehicles. 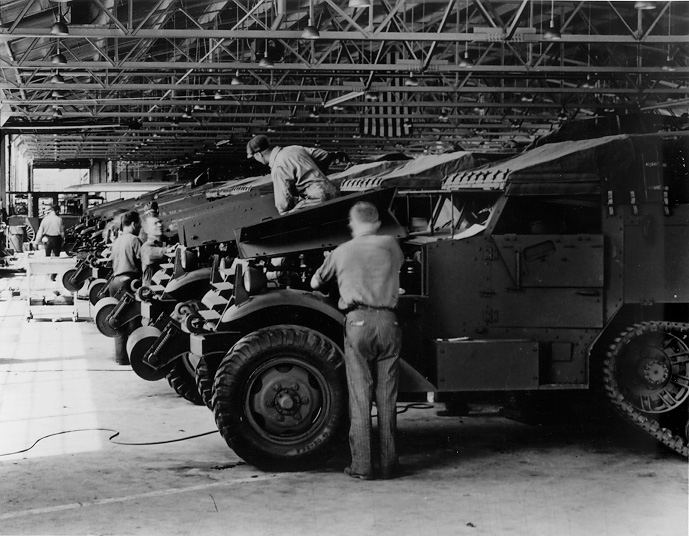 During the postwar period, White Motor acquired leadership in the heavy-truck and the farm-equipment fields by purchasing small truck makers and small farm-machinery companies such as the Oliver Corp. (see CLETRAC). The company increased sales from $130 million in 1950 to $770 million in 1967 and bought EUCLID, INC. in 1968, hoping to increase its market share in the off-road truck field. White Motor went heavily into debt as a result of these transactions. After a merger with White Consolidated Industries failed in 1970, White Motor hired Semon "Bunkie" Knudsen to reorganize the company. Though White Motor showed a $20 million profit in 1973, Knudsen's leadership could not counteract years of mismanagement, coupled with changes in the industry, inflation, and recession. He sold off one-third of its assets, including the profitable Euclid, Inc. hauler operation, moved headquarters from ERIEVIEW to Eastlake, and cut employment. White moved truck production from the E. 79th St. plant to Virginia and converted it to parts fabrication in the late 1970s. In Sept. 1980 White Motor filed for bankruptcy, and between then and Dec. 1981 lost $311 million. In Aug. 1981 Sweden's AB Volvo bought all of White's truck-producing plants except the Cleveland plant at E. 79th St., because of its age and large pension fund liability. White sold the plant in 1983 and made a pension and benefit settlement with the workers. After a prolonged bankruptcy proceeding, the White Motor Corp. ceased to exist in 1985. Volvo kept the White name for a number of years before finally retiring it in the late 1990s.