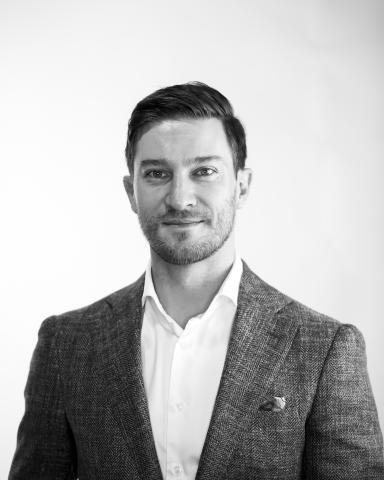 In the fall of 1997, Justin Bellante stepped foot onto Case Western Reserve University’s (CWRU) campus, not only to play soccer, but also to begin a journey grounded in science.

Although Bellante grew up in an entrepreneurial family, he wasn’t interested in making that his path. Instead of entrepreneurship, he decided to center his academic career in Materials Science and Engineering.

After obtaining a Bachelor of Science degree in 2001, Bellante stayed at CWRU and earned his Master of Science a year later. However, his desire to learn didn’t stop there. He went on to the University of California (UC), Santa Barbara, to take part in their PhD program, also in Materials Science and Engineering.

“I had that [entrepreneurial] background. But really, once I started academics, I hadn't really thought about entrepreneurship. I was deep in the sciences.” He continued, “I was able to have some nice publications at CWRU with my first publication being in science, which was a big deal at the time. And then, going right into a PhD program, I was very much on that academic track.”

Little did Bellante realize at the time, however, that a tragic event would soon inspire him to take on the role as entrepreneur.

About three and a half years into his PhD program, one of Bellante’s academic mentors suffered a major stroke. Looking for answers, doctors concluded that it was a result of an undiagnosed diabetic condition.

The experience left an everlasting impact on Bellante. He struggled to wrap his mind around how his mentor never got a simple test such as A1C or blood glucose. If his diabetes had been diagnosed, it could have potentially saved his life.

“The experience that I had with my mentor passing away, I didn't even think twice about it,” he said. “This is a problem and we have to solve it. And so, I just dug in and worked on it.”

And with the death of his mentor and the problem of undetected diseases driving Bellante, BioIQ was born.

In 2005, Netflix was emerging and disrupting the Blockbuster movie rental empire by mailing DVDs to its customers’ homes. It quickly became apparent to Bellante that if people were too lazy to walk into a Blockbuster to pick up a video, then who was ever going to go to the doctor again?

Observing this drastic change at the consumer level, Bellante saw the perfect business model for BioIQ. Describing it as the “Netflix for healthcare,” his solution to early detection of critical diseases, often before any symptoms occurred, would be as easy as sending a DVD through the mail. BioIQ would send at-home test kits directly to consumers’ homes.

Bellante and the BioIQ team aggregated diagnostic tests that could be mailed and would check for various diseases such as cancer, diabetes, heart disease, kidney disease and more. Once a kit was received, individuals could simply put a couple of drops of blood, urine or saliva into the kit and drop it back into the mail for evaluation. Coupling the mailing of the test kits with an online user experience, just like with Netflix, allowed individuals to track and manage their health in a new and more convenient way.

Although starting out as direct-to-consumer, over time BioIQ eventually pivoted to business-to-business where the company began to supply their service to employers and health plans that were working with Medicare and Medicaid. This pivot enabled BioIQ to reach a scale of millions of tests per year and, presently, has been able to engage with nearly 20 million people. For Bellante, this point of scale finally felt real when, unknowingly to him, his father was using the kits through his health plan.

“I got a phone call from my dad saying that he received a BioIQ test kit in the mail,” he said. “It was just amazing to think we'd hit the point of scale, where now people that I actually knew were using our solution without me even knowing. It was truly just the first kind of reality of the scale of our testing.”

Using his academic background, Bellante took an engineering approach to healthcare. His preparation at CWRU and UC Santa Barbara taught him how to effectively solve problems and fix pressing issues. Both Bellante’s background and desire to save lives enabled him to look at healthcare differently than others had in the past and offer a service that would help people achieve their optimal health.

As BioIQ continues to grow and help millions of people understand their health, the tragic event that inspired Bellante to begin this company continues to motivate him when times are tough.

“It's always exciting to start a company, but starting and building a company is very difficult. So having a strong rationale and reason behind ‘why’ is probably what's ultimately made this successful,” said Bellante. “When you think about having to dig deep on certain days that are harder than others, having that real meaning behind the company is important.”

According to Bellante, having a strong motivation is crucial for the low points of entrepreneurship that often go undiscussed. “It's always a little lonely at the top when you're running a company and that's probably the hardest part,” he stated.

Bellante explained that there is a “pull between wanting to create versus all the things that you have to do to give yourself that opportunity such as raising money, managing people and building teams.” Yet, according to Bellante, the ability to bring a vision to life in order to help millions of people, makes the challenges worth it.

“Being an entrepreneur is like playing jazz,” he explained. “You get to find your genius zone. You get to create and take a vision from your head, write it down on a napkin and then try to figure out how to put that out into the world. That, to me, is very exciting. And doing that in a way where you can help a lot of people–that's the meaningful part of it.”

In terms of being a successful entrepreneur, Bellante emphasized the importance of leadership focused on empathy. “You’re not going to get there by yourself,” he noted. He said by being an empathetic leader, entrepreneurs are able to motivate others, connect them with their vision, and help them feel a shared sense of purpose in the company.

The pandemic, which has resulted in remote work, has made it difficult for employees at many companies, including BioIQ, to connect and feel that shared sense of purpose. However, despite this challenge, Bellante has been able to create team cohesion and keep everyone rowing in the same direction through the use of “Weekly Wins.” Bellante records a Zoom call with various people in the company to discuss what they have been doing, which then gets dispersed to everyone’s email. He noted that creating team cohesion through his weekly Zoom event, although simple, is extremely important in the success of an organization.

Bellante reflected fondly on his time at CWRU. “I have great memories and I have a lot of love for CWRU. It was a great foundation for me academically and professionally.”

When specifically reflecting on what has made him a successful entrepreneur, Bellante credits his CWRU master’s advisor, Arthur Heuer, for playing a major part in his preparation.

“He was old school,” Bellante explained. “He was one of the top professors in material science in the world and he was very hard on everybody. He built this very rigorous approach.”

Bellante added, “Working on my master’s under him was the best preparation because you never showed up for anything unprepared. He was one of the most influential people in my life because he challenged us to a high degree. But he prepared us really well.”

What does Bellante hope current CWRU students understand and take with them into the world? Their passion.

“My advice would be not to change your passion,” he stated. “A lot of people think they need to study something specific to start a company or get a certain job. But my advice would be to just dive deep into the areas that you're passionate about and interested in and don't change that. You can always bring in other people from different specialties to help round out a team. You don't need to be everything just to start a business.”

And while following your passion might be intimidating, Bellante noted that doing so will often lead to success, not only in the field of entrepreneurship, but in any career path.

“Always demonstrate a level of confidence in yourself and follow your passions,” he emphasized. “Be very honest about your passions because that is what is going to sustainably drive you in any job.”