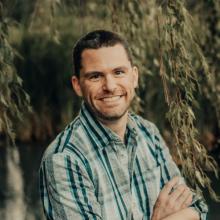 While attending Vanderbilt University, Michael Ackermann (ENG ‘07, ENG ‘09, biomedical engineering) had originally planned to become a physician. His love for research, however, took him in a new direction.

After having read an article discussing a bionic eye, Ackermann was fascinated. He decided to apply for graduate school and focus his future studies on neural engineering, the intersection of the nervous system and electrical engineering.

Ackermann states, “Case [Western Reserve University] had the best program in the nation. There was a huge group of faculty working on neural engineering, from simulation work to building devices and going into the clinic and implementing them.”

After graduating from CWRU, Ackermann was faced with the choice of entering academia or industry. He reflected, “I had always known that I had some desire to be an entrepreneur. I actually started a little company in college at Vanderbilt, called Medapta.”

While Medapta, which sought to create a device that would monitor the heart rate for infants to prevent Sudden Infant Death Syndrome, was folded up when Ackermann attended CWRU, it always stuck with him and inspired him to try another entrepreneurial venture.

Before diving fully into a new endeavor, Ackermann first sought out an internship with Boston Scientific for a semester in order to see if he liked working for a company. Ackermann explained, “A few important things happened in that internship. First, I learned that I probably did not want to stay in academia. Second, I learned that I did not want to work for a big company. Third, I realized I wanted to stay in California since I had met my now-wife there.” As a result, as he was wrapping up his PhD program, Ackermann applied to a program at Stanford called Biodesign.

The program at Stanford was a fellowship that focused on healthcare entrepreneurship. While there, Ackermann went on to create Oculeve, a medical device company creating a product to treat dry eye disease. From there, he spent two years at Allergan, a large company that only reaffirmed that he did not want to work at a large company. And then, with the understanding that a traditional career in big industry wasn’t for him, Ackermann went on to create three more companies, two biopharma companies and one medical device company.

One of the biopharma companies, Tarsus Pharmaceuticals, was co-founded by Ackermann and a colleague, Bobby Azamian. After talking with his colleague, Ackermann explained, “We knew that we really ought to do something together. So, we just kept up the conversation. We wanted to take an unmet need approach to innovation, and we began talking about this condition called blepharitis.”

Blepharitis, according to Ackermann is a very common condition, affecting about one in 12 people. Due to a parasite that infects the eyelids, not only do the eyelids become crusty and irritated, but there is the potential of impacting one's vision as well.

For Ackermann, the greatest inspiration behind creating Tarsus was, “the hope to improve and potentially save lives.”

The mission of Tarsus is to, “Focus on unmet needs, and apply proven science and new technology to revolutionize treatment for patients, starting with eye care.” While the company focuses primarily on the eye condition blepharitis, it also treats other conditions such as rosacea, Lyme disease and malaria.

Ackermann explained, “We felt like there was an important opportunity to bring the first ever treatment to this condition. And, that's what we did. So, we developed a drug for it, and so far it seems to be working really well. We also have been able to leverage that same molecule for treating some other conditions such as rosacea, which is actually caused by that same parasite.”

In addition to blepharitis and rosacea, the treatment can also help Lyme disease and malaria. Ackermann stated, “We’re developing a tablet that's basically a chemoprophylactic. So, people would take the tablet and get protection from the ticks that cause the disease. With malaria, one of the world's most impactful diseases, we're hoping to bring an entirely new class of medicine and new mechanism of action to help prevent that disease.”

Life as an Entrepreneur

Having created multiple companies, Ackermann has come to realize that being an entrepreneur comes with a series of very high and very low moments.

He explained, “There's nothing quite like it. It's amazing, I think, in my experience, it's usually about 90% of the time, living the dream, and 10% of the time, it's absolute misery. There’s nothing in between.”

Despite the lows, Ackermann acknowledged that “there are just so many high moments.”

He continued, “Some of those greatest moments, are with the team when we’re able to accomplish some really large, difficult goal. When we do, everyone is high-fiving, fist-pumping and running down the hallways.”

In the midst of the really hard moments, however, Ackermann stated, “I think we found ways to really come together as a team and accomplish some important things. You can learn a lot in really difficult circumstances.”

That teamwork is what enables Ackermann and his companies to be able to succeed. He explained, “I see entrepreneurs who have this perception that being an entrepreneur means to do it all by oneself and to go it alone. You have this sort of lightbulb moment and your own hard work suddenly gets it all done. In my experience, it's really not that. It's much more like raising a child where it takes a village.”

Ackermann continued, “A lot of good ideas come from a lot of directions and from different people. Being able to use those ideas to accomplish the challenge of creating something from nothing is really rewarding. There’s nothing like treating patients and then actually seeing them feel better.”

Ackermann reflected fondly of CWRU, crediting the people he met to be some of his best experiences.

“I had five really terrific years at CWRU and in Cleveland,” Ackermann explained. “It was just a wonderful place to learn from one another and to build really close friendships. We were all going through something difficult together and it was great to be able to learn from and support one another.”

He emphasized, “There was an incredibly generous group of faculty and staff that were very eager to educate, help and develop all of us as grad students. I really was given the opportunity by my advisors to work on new things and I learned how to be a much better thinker.”

Ultimately, he believed that CWRU was able to lay the foundation for his future. “It gave me not only the skills of how to be a scientist or the knowledge of the body, anatomy, or engineering, but my education at CWRU also instilled a lot of self-confidence that I could accomplish and do something difficult.”

As for advice, Ackermann stressed the importance of building one’s network of mentors.

“A lot of things are extraordinarily difficult and they're much more difficult if you're trying to do it by yourself. Finding a network of mentors, and there are a tremendous number of mentors at CWRU, will really help you out when you need it.”

Ackermann underscored his advice by noting, “Don’t try to go it alone. Never be afraid to ask for help.