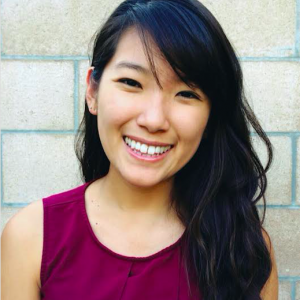 Over the past few years, Michelle Lee has gone from a Southern California surfer and University of California, Berkeley, education major to a fourth-year medical student at Case Western Reserve and now a soon-to-be resident in emergency medicine at a Midwest hospital.

Born in South Korea, Lee’s family moved to Ventura, California, when she was in middle school. It was there that she became “fairly obsessed with surfing,” Lee noted. “It’s such a great way to grow up.”

She went on to college, studying education at Berkeley, where she met other motivated students who wanted to make a difference.

“I volunteered for a program with children whose lives were changed forever by their parents’ cancer illnesses,” Lee said. “From that experience and my passion for caring for people, I decided to change course and go to med school.

“Case Western Reserve stood out for me from the very beginning,” said Lee, when recalling her medical school decision process. “Most of the schools I looked at had traditional curriculums, but I was drawn to CWRU’s innovative medical education program, particularly the Case Inquiry (IQ) program and the emphasis on group learning.”

She also became involved with the Cardiovascular Inquiry Seminar Series, a program at the Cleveland School of Science and Medicine at John Hay High School to broaden high school students’ exposure to the process of becoming a doctor and the reality of caring for patients.

Lee chose emergency medicine as her specialty because she thrives in high-pressure settings and wants to be involved at the frontier of medicine. On Match Day last month, she was thrilled to learn she would become a resident at The Ohio State University (OSU) Wexner Medical Center.

“For the next three years, I will be in residency at one of the largest academic medical centers in the country and help care for an underserved and vulnerable patient population,” she said. “I am particularly interested in disaster medicine and prehospital care with emergency medical systems. OSU offers multitudes of subspecialty training and everyone at the resident level has access to top resources and a leading-edge education.”