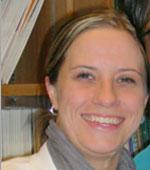 Lisa grew up in the Toledo area and moved to Cleveland in 1999 to attend Frances Payne Bolton School of Nursing at Case Western Reserve University. She obtained her BSN and signed on as a full time RN at University Hospitals Cleveland Medical Center in 2003. Lisa later obtained an advanced clinical nurse title and joined the vascular team in 2006. She has begun Masters of Science in Nursing studies at Kent State University and has really enjoyed caring for this complex patient population throughout the years. 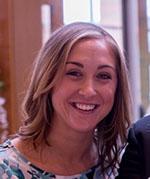 Molly is from Cleveland and graduated from Ursuline College with a BSN.  She worked in the CVICU at the Cleveland Clinic for 4 years.  Molly completed her Masters of Science in Nursing at Ursuline College and is a Certified Family Nurse Practitioner. 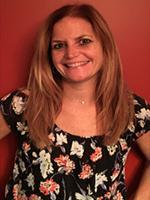 Tania is born and raised in the Cleveland area.  She received her BSN at Ursuline College and started at University Hospitals Cleveland Medical Center immediately after graduation in 1998.  She spent 17 years in the Neuroscience Intensive Care Unit where she obtained her Advanced Clinical Nurse status.  She joined the Vascular Surgery team as the Preoperative Nurse Coordinator in 2015 and has since obtained her Clinical Nursing Certification.   Tania loves working with the vascular patient population and is enjoying being a part of the vascular team!