Case Western Reserve University’s military ethics program, housed in the College of Arts and Sciences‘ philosophy department, brings together faculty from fields including art history, classics, political science and religious studies, as well as faculty from our School of Law. Our program faculty have diverse research interests and backgrounds, including work on foundations of knowledge and morality, the history and necessity of warrior codes, and the neuroscience of dehumanization.

Shannon E. French is the Inamori Professor in Ethics, Director of the Inamori International Center for Ethics and Excellence, and a tenured member of the Philosophy Department with a secondary appointment in the law school at Case Western Reserve University. Beginning in 2017, she will serve as the General Hugh Shelton Distinguished Chair in Ethics for the U.S. Army Command and General Staff College. She is also a non-resident Senior Associate at the Center for Strategic and International Studies (CSIS) in Washington, DC. Prior to starting at CWRU in 2008, she taught for eleven years as an Associate Professor of Philosophy at the United States Naval Academy, where she served as Associate Chair of the Department (later Division) of Leadership, Ethics, and Law. She is the author of many scholarly publications, including The Code of the Warrior: Exploring Warrior Values, Past and Present, editor-in-chief for the International Journal of Ethical Leadership, and an associate editor for the Journal of Military Ethics. 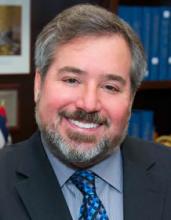 Michael P Scharf is dean of the CWRU Law School, director of the Frederick K. Cox International Law Center, and host of “Talking Foreign Policy,” a radio program broadcast on WCPN 90.3 FM (Cleveland’s NPR station). In addition, he serves as managing director of the Public International Law and Policy Group, a Nobel Peace Prize-nominated NGO. During a sabbatical in 2008, Scharf served as Special Assistant to the Prosecutor of the Cambodia Genocide Tribunal. During the H. W. Bush and Clinton Administrations, Scharf served in the Office of the Legal Adviser of the U.S. Department of State, where he held the positions of Attorney-Adviser for Law Enforcement and Intelligence, Attorney-Adviser for United Nations Affairs, and delegate to the United Nations Human Rights Commission. A graduate of Duke University School of Law (Order of the Coif and High Honors), and judicial clerk to Judge Gerald Bard Tjoflat on the Eleventh Circuit Federal Court of Appeals, Scharf is the author of over 100 scholarly articles and 17 books, including The International Criminal Tribunal for Rwanda and Enemy of the State: The Trial and Execution of Saddam Hussein. 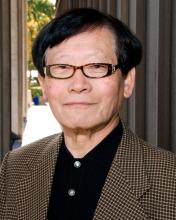 Chin-Tai Kim is a professor in the Department of Philosophy. He holds a baccalaureate and a doctorate from Brown and Harvard respectively.  Professor Kim has taught a broad range of courses including Ancient Philosophy, Modern Philosophy, Kant and Kantian themes, East-West Comparative Philosophy, Foundations of Ethics, and Philosophy of Religion.  He has been nominated for the Wittke Award for Excellence in Undergraduate Teaching thirteen times and won the Award once.  His research interests include the possibility and nature of philosophical anthropology, foundations of knowledge and morality, and the possibility of constituting objectivity and universality for cognitive claims and value judgments. 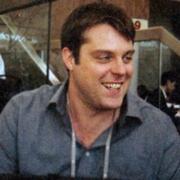 Anthony Jack is an associate professor in the Department of Philosophy.  He has a PhD in Experimental Psychology and extensive training in Cognitive Neuroscience. Since 2007, he has been leading the Brain, Mind and Consciousness Lab at Case Western Reserve University. His principle contribution has been work showing the human brain has two neurally distinct and partially incompatible forms of reason: analytic reasoning, built on the evidence of the senses, and empathetic reasoning, built on internal information (emotional and visceral awareness). Dr. Jack also uses brain imaging to investigate the effects of interventions designed to induce positive change in individuals, including career coaching. Dr. Jack’s work applies insights from neuroscience, psychology, and philosophy to variety of phenomena, including emotion regulation, leadership, motivation, and ethics. Dr. Jack teaches four courses, all with graduate-level sections. His courses are informed by a framework developed by Professors Jack and French, called “Evidence- and Experience-based Ethics”, which combines insights from philosophy and empirical methods to investigate key issues in ethics. 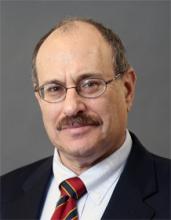 Maxwell Mehlman is Distinguished University Professor, Arthur E. Petersilge Professor of Law and Director of the Law-Medicine Center, Case Western Reserve University School of Law, and Professor of Biomedical Ethics, Case Western Reserve University School of Medicine. He received a JD from Yale Law School in 1975, and holds two bachelor’s degrees, one from Reed College and one from Oxford University, which he attended as a Rhodes Scholar. Prior to joining the Case Western Reserve faculty in 1984, Mehlman practiced law with Arnold & Porter in Washington, D.C., where he specialized in federal regulation of healthcare and medical technology. He is the co-author of Access to the Genome: The Challenge to Equality; co-editor, with Tom Murray, of the Encyclopedia of Ethical, Legal and Policy Issues in Biotechnology; co-author of Genetics: Ethics, Law and Policy, the first casebook on genetics and law, now in its fourth edition; and author of Wondergenes: Genetic Enhancement and the Future of Society; The Price of Perfection: Individualism and Society in the Era of Biomedical Enhancement; and Transhumanist Dreams and Dystopian Nightmares: The Promise and Peril of Genetic Engineering. 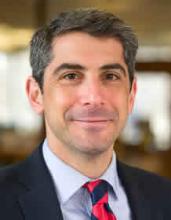 Avidan Y. Cover is Associate Professor of Law at the Case Western Reserve University School of Law and Director of the Institute for Global Security Law & Policy. Professor Cover teaches in the Civil Rights and Human Rights Clinic in the Milton A. Kramer Law Clinic Center, where he supervises students representing clients in civil lawsuits primarily in the areas of civil rights, including freedom of speech, unlawful force, and housing discrimination as well as documenting human rights abuses. He also teaches Race and American Law and International Humanitarian Law. Cover’s scholarship focuses on human rights, civil rights, and national security law. He has appeared in numerous news media, including the New York Times, Washington Post, BBC, CNN, MSNBC, CSPAN, FOX News, and Court TV. Prior to his appointment at Case Western Reserve, Cover taught at the Seton Hall University School of Law, where he supervised the Urban Revitalization Project in Newark, New Jersey. In addition, he was a Gibbons Public Interest and Constitutional Law Fellow from 2007 to 2009 during which time he litigated prisoner’s rights, same-sex marriage, national security, and education cases in federal and state court. Cover also served as Senior Counsel in Human Rights First’s Law and Security Program where he researched and analyzed U.S. military and intelligence agencies’ interrogation and detention policies and practices. He holds a BA degree from Princeton University and a JD cum laude from Cornell School of Law. 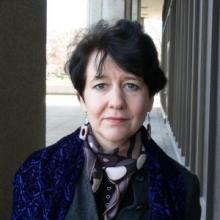 Laura Hengehold is a Professor in the Department of Philosophy. Her research explores the relationship between language, imagination and the lived experience of embodiment.  Her inquiry draws from three related discourses: (1) Twentieth century French philosophy, particularly existentialism and the post structuralism of Michel Foucault and Gilles Deleuze, (2) Feminist philosophy and theories of sexuality, and (3) The ongoing dialogue between African and European political thinkers. She is especially interested the way political conflict and the organization of knowledge frame women’s experience of their own bodies as active forces or passive obstacles to joy. These themes inform two books currently in progress: The Problem of The Second Sex: Beauvoir’s Philosophy of Individuation (forthcoming, Edinburgh University Press) and Anonymity and Recognition: Simone de Beauvoir and Feminist Politics.  Laura Hengehold is also co-editor of the Blackwell Companion to Simone de Beauvoir (forthcoming, Wiley/Blackwell). 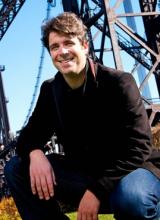 Jeremy Bendik-Keymer is the Elmer G. Beamer-Hubert H. Schneider Professor in Ethics and an associate professor in the Philosophy Department. Before coming to CWRU, he taught at Colorado College, American University of Sharjah (Department of International Studies), and LeMoyne College where he organized the antiwar network, helped accredit the Department of International Studies, and developed a new learning assessment system respectively.  Besides many articles and talks that fit specific academic contexts, his academic work includes his dissertation, Conscience & Humanity, participation in the research and project development team for We Are All Explorers: Learning & Teaching with Reggio Principles in Urban Settings, and the co-edited volume, Ethical Adaptation to Climate Change: Human Virtues of the Future. 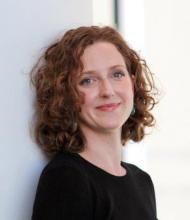 Maggie Popkin is an Assistant Professor in the Department of Art History and Art who specializes in ancient Roman art and architecture. Her research interests include the relationship between art, spectacle, and ritual in the Roman world and the impact of visual culture on individual and social remembering in the classical world. Professor Popkin has published articles on a range of topics, from archaic Greek vase painting to materiality in Republican Roman architecture. Her articles have appeared in journals including Hesperia, the American Journal of Archaeology, the Journal of the Society of Architectural Historians, and the Journal of Late Antiquity. She has presented her research at numerous national and international conferences and colloquia. Her first book, The Architecture of the Roman Triumph: Monuments, Memory, examines the monuments built along the path of the Roman triumph, an elaborate ritual celebrating Roman military victories over foreign peoples, and their role in shaping how Romans experienced and remembered the triumphal ritual. Her second book project, Souvenirs, Memorabilia, and the Construction of Knowledge in the Roman Empire, investigates ancient souvenirs and memorabilia and their profound role in generating and mediating memory and knowledge of people, places, and events in ancient Rome. 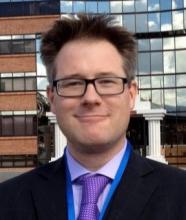 Dr David Whetham is Senior Lecturer in the Defence Studies Department of King’s College London, based at the Joint Services Command and Staff College at the UK Defence Academy where he coordinates or delivers the military ethics component of courses for between two and three thousand British and international officers a year. In Spring 2011, David was a Visiting Fellow at the Stockdale Center for Ethical Leadership, Annapolis, and in 2009, David was a Visiting Fellow with the Centre for Defence Leadership and Ethics at the Australian Defence College in Canberra. In 2014-16, he is a Visiting Fellow and project partner with the University of Glasgow. He is also a regular visiting lecturer in military ethics at the Baltic Defence College, the Military Academy in Belgrade and for the Royal Brunei Armed Forces. Publications include Ethics, Law and Military Operations (Palgrave, 2010), Just Wars and Moral Victories (Brill, 2009) and with Andrea Ellner & Paul Robinson (Eds), When Soldiers Say No: Selective Conscientious Objection in the Modern Military (Ashgate: 2014). David is the Vice President of the European Chapter of the International Society for Military Ethics (Euro ISME) which holds an annual conference for military practitioners, academics and defence policy-makers.