Coltman, Ora (3 Dec. 1858 - 2 Jul. 1940), was a noted painter, sculptor, muralist, woodblock printer, and writer.  Born in Shelby, Ohio to John W. Coltman and Margaret E. Coltman. Coltman came to Cleveland in 1880 to attend law school but soon dropped out to become an artist. He worked as a designer for the Joseph Carabelli Monument Works, which contributed to or made notable Cleveland memorials including the Soldiers and Sailors Monument and the Rockefeller Obelisk among others. Coltman pursued his formal arts education at the Cleveland School of Art, the Art Students League in New York City, and the Academie Julian in Paris.

Coltman's style is defined by urban landscapes painted in light-hued, airy watercolor. His first solo exhibition was in 1902 at the Case Library and other shows followed at the Pennsylvania Academy of Fine Art, the Corcoran Gallery in Washington, D.C., and the Cleveland Museum of Art where his work was a fixture in the annual May Show. Additionally, he had five solo exhibitions at the Art Institute of Chicago between 1900 - 1932. Coltman was a member of the Cleveland Society of Artists which was founded by his close friend and fellow Cleveland artist, George Adomeit. Perhaps his most famous work is a mural entitled “The Dominance of the City”. It was commissioned in 1933 by the Public Works Art Program and it holds the distinction of being the first New Deal mural in Cleveland. The triptych mural, painted in Coltman’s signature style, shows scenes of the Ohio Bell Building, the Flats, and St. Theodosius church in the Tremont neighborhood. It can be seen on the third floor on the Cleveland Public Library's main branch in the CD room. Ora Coltman died in 1940. Coltman Road in Little Italy near where he kept his longtime studio is named for him. 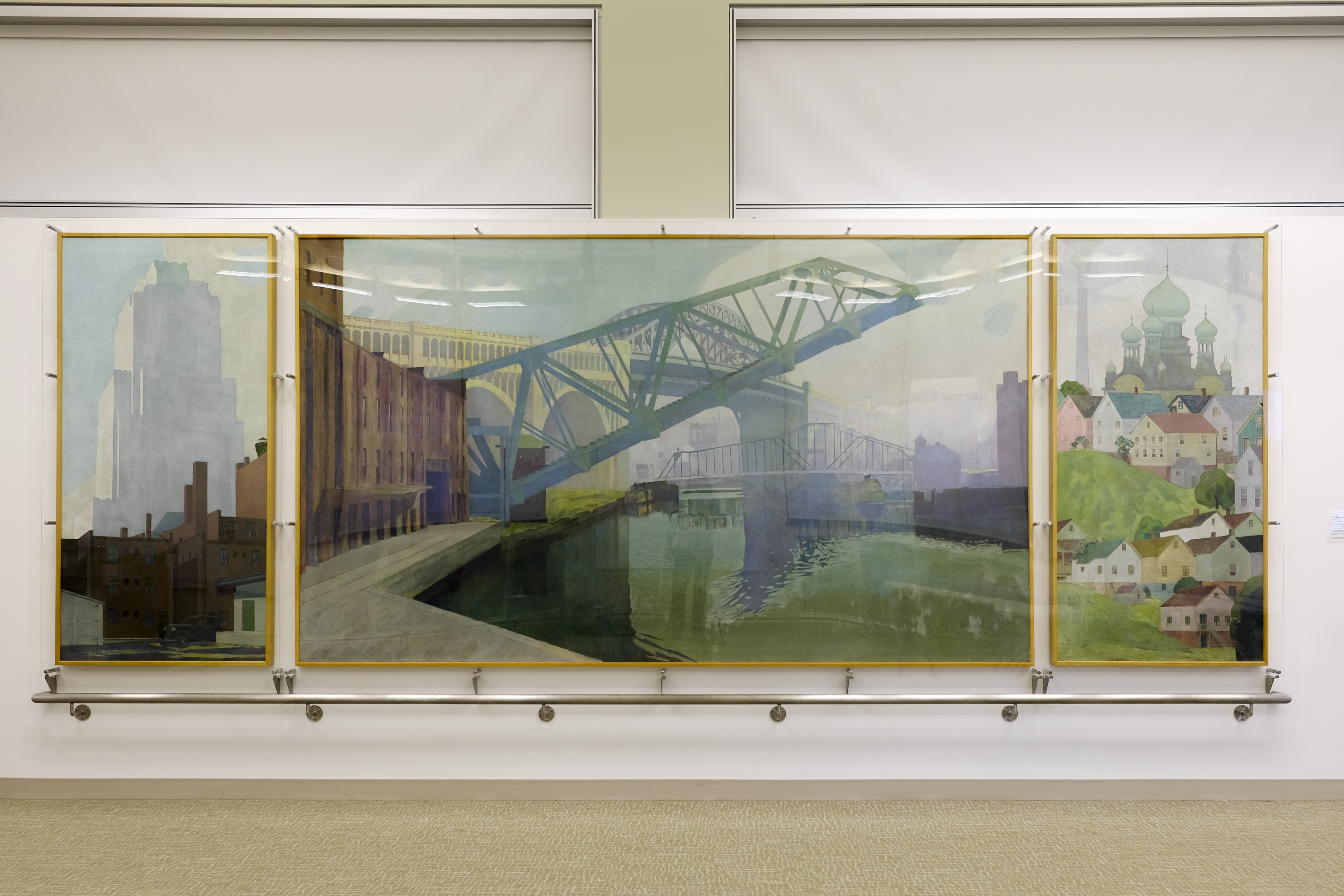