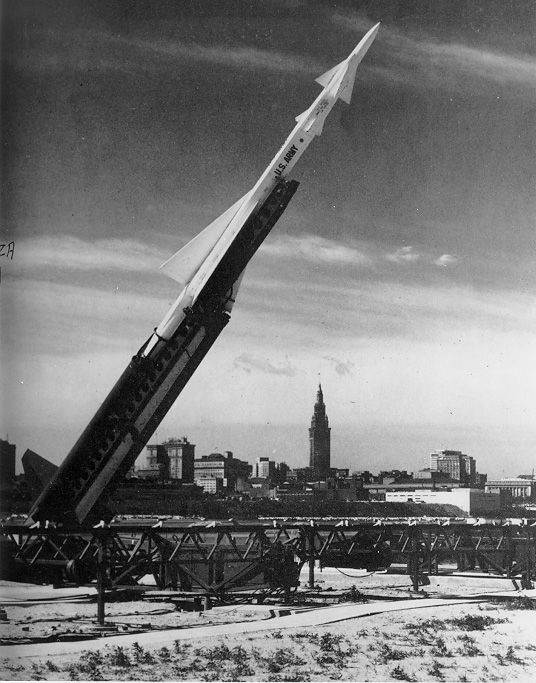 A Nike Missile stands at the ready at its Cleveland lakefront launching site, ca. 1958. WRHS, photo by Howard L. Newmarker.

Built principally to counter an airborne threat from the Soviet Union, the bases soon became obsolete. In 1959 more sophisticated Nike-Hercules missile replaced the Nike-Ajax missiles at the Rocky River-Fairview Park and Bratenahl bases. By Aug. 1961 only the Warrensville and Parma-Parma Hts. Nike-Ajax bases remained operational. Ten years later, all of the bases, including those equipped with the Nike-Hercules missile, were closed. The bases, once closed, were either razed or turned to other purposes. The Parma-Parma Hts. launch site became the location of the Western Campus of CUYAHOGA COMMUNITY COLLEGE; the Garfield Hts.-Independence bases were turned over to the boards of education of their respective communities, as was the Willowick launch site. The Bratenahl base eventually became the headquarters of the U.S. Navy Finance Center.