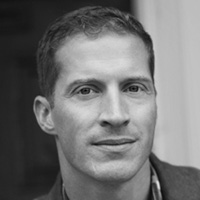 Andrew Sean Greer is the author of six works of fiction, including the best- sellers The Confessions of Max Tivoli (2004), for which he received the California Book Award; The Story of a Marriage (2008), which was chosen by The Washington Post as a book of the year; and, Less (2017), for which he earned the 2018 Pulitzer Prize for Fiction. Less also made best-books- of-the-year lists in The New York Times, The San Francisco Chronicle and The Paris Review.