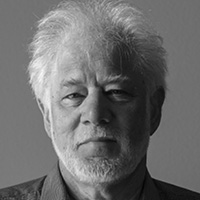 Michael Ondaatje is one of the world’s foremost writers whose artistry and aesthetic have influenced an entire generation of writers and readers. Although he is best known as a novelist, Ondaatje’s work also encompasses poetry, memoir and film. His transcendent novel The English Patient explores the intersection of four diverse lives at the end of World War II. This best-selling novel was later made into an Academy Award-winning film. In 2018, The English Patient was named the best winner of the Booker prize of the last 50 years, in a public vote. Ondaatje’s latest novel is Warlight (2018).