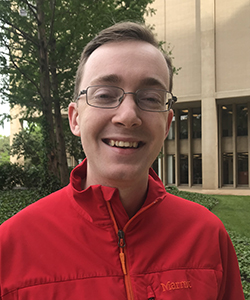 Why I Chose MS in Anatomy at CWRU
During undergrad I majored in theatre, which I thoroughly enjoyed! However, the end goal was to get into medical school. In my senior year, I decided to take a core (undergraduate) anatomy class. In this class, I had learned so much more information than I had in any other science class I had taken at CWRU. Because of my interests in the class, my professor told me about the MS Anatomy program. After looking more into the program and speaking with more faculty, I decided to apply for it.

How I Was Accepted to Medical School
When I was told by my professor that I would be learning more anatomy than nearly anyone else in the country, it was hard to believe. However, two years later after receiving my MS in Anatomy and an acceptance to medical school, I can verify it’s true. Throughout the program, I became a TA for several different classes, including a class for the medical school. The opportunity to teach anatomy allowed me to gain an even deeper understanding of the material. Comparing myself from when I graduated from my undergrad program and now, I can wholeheartedly say that I feel much more prepared and confident for medical school in the fall.