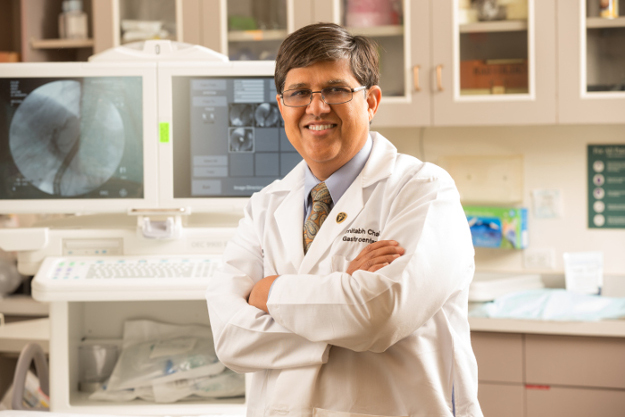 The incidence of esophageal adenocarcinoma (EAC) has increased more than 5-fold in the past three decades while the prognosis has remained poor. Barrett’s esophagus (BE) is the only known precursor of EAC. Endoscopy (EGD) is the only method to diagnose BE, but because EGD is expensive and screening is not recommended very few EACs are detected in patients with pre-diagnosed BE. To make an impact on the prevention and early detection of EAC, the challenge is to first develop an alternative method for screening that is less costly and safer than EGD while being acceptable and accessible. A non-endoscopic detection method would allow screening in the primary care setting. Aberrant methylation of vimentin and other markers can be detected in DNA extracted from endoscopic brushings in over 90% of BE subjects.

The BETRNet focus of Project 2 is to directly translate these epigenetic markers of BE and EAC that we have discovered to clinically novel methods for detection and risk stratification of BE. This project grows out of the discovery that methylated genes, have the potential to be used as detection biomarkers for BE or EAC. This project:

Project 2 is clearly aimed at having a significant translational impact at decreasing mortality from EAC through the development of a convenient non-invasive screening program.‌