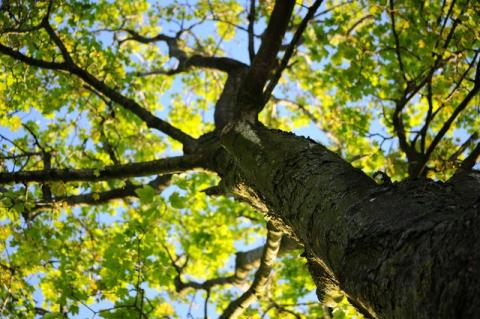 During the late 1800s and early 1900s,Cleveland was described as "The Forest City," as mentioned in the executive summary of The Cleveland Tree Plan. However, since the 1940s, the city has lost 100,000 street trees. Furthermore, approximately 97 acres of canopy cover are lost each year. Thankfully, Cleveland is now acting to reverse this trend. As part of a larger initiative to revitalize the Cleveland area and address developmental issues, The City of Cleveland, Western Reserve Land Conservancy’s Thriving Communities Institute, LAND Studio, Holden Arboretum and Cleveland Neighborhood Progress created the Cleveland Tree Plan in 2015.

Instilling an appreciation for not only the aesthetic qualities, but also the economic and social benefits of trees is an important part of the Cleveland Tree Plan. Many people enjoy the look of a vibrant green row of street trees, but sometimes city property owners can be dissuaded from planting trees due to maintenance requirements. However, upon examination of the many economic and social benefits of trees, planting seems all the more advantageous. Even though the current canopy cover is much reduced from former years, it still provides over 28 million dollars in services to the city each year by intercepting rainwater, removing air pollutants, decreasing cooling costs, and more. The 28 million dollar value of Cleveland’s urban forest was calculated using i-Tree modeling from the U.S. Forest Service and the EPA’s Environmental Benefits Mapping and Analysis Program. Eleven million dollars of that was attributed to the 1.8 billion gallons of rainwater intercepted by trees and 3.5 million dollars to savings in energy costs. Additionally, trees benefit the community in unquantifiable ways such as providing wildlife habitat, attracting customers to local businesses, and blocking noise pollution.

The Cleveland Tree Plan aims to capitalize on the amazing benefits of trees by increasing canopy cover city-wide. The plan has three overarching goals:
1) Facilitate a cultural change in the way people think about trees from being solely decorative to being appreciated as a vital aspect of the city infrastructure.
2) Reverse the trend of canopy loss into one of canopy growth.
3) Take full financial responsibility for city trees emphasizing proactive instead of reactive tree care.

In order to reverse canopy loss, The Cleveland Tree Plan calls for the continued care of existing trees and the expansion of the urban forest through new plantings. As of now, there is no
system in place to monitor and enforce proper tree planting and maintenance in the city. However, Cleveland City Planning is in the process of creating a manual containing both an
approved species list and outlining proper planting guidelines. The location of new tree plantings will be determined based on where the maximum return on investment can be achieved. Priority sites are determined based on factors such as socioeconomics, storm water retention, heat stress, etc. The plan also stresses that the benefits of trees should be distributed equitably across the many neighborhoods of Cleveland. Through the enactment of the Cleveland Tree Plan, perhaps Cleveland can reclaim its title as The Forest City.

The Cleveland Tree Plan and supporting documents from which all information in the article was found can be viewed on the Sustainable Cleveland website.