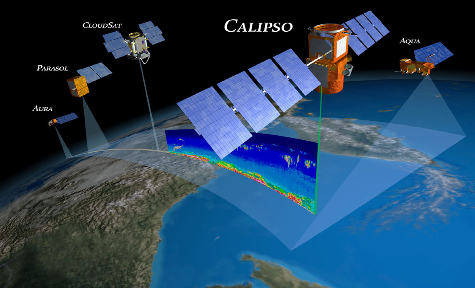 At CWRU, we're concerned about climate change. We care so much that we've put forth a big, hairy goal to be climate neutral by 2050. We also really dig technology and who in our camp doesn't like lasers? No one we know. So although it's sort of old news, climate altering space lasers really got our attention!

At the world's first global geoengineering conference in London in 2014 (there's been two more since!), scientists proposed the use of solar powered satellites that could use powerful lasers to fight climate change in the Earth’s atmosphere. Uses of these lasers could range from cloud seeding to using plasma beams to alter our atmosphere on the molecular level. In addition to breaking up harmful greenhouse gasses like SF6 and CO2, these beams would also have the potential to fabricate ozone in our atmosphere, in order to repair holes left by the overuse of aerosols. Cool stuff to be sure.

Unfortunately, these satellites are still highly theoretical, and though the article seems to indicate that the technology is within our grasp, the monetary cost of research and deployment would be astronomical. It may seem very science fictiony, but these climate altering space lasers were just one of many ambitious proposals made at the geoengineering conference. Many seem to think that it is just a matter of time before humans use technologies like these to manually rework and maintain our global climate.