The Sierra Club is an organization that many look to for environmental information and action. Since its inception in 1892, the club has protected millions of acres of wildlife habitat and were involved in helping to pass the Clean Air Act, Clean Water Act as well as the Endangered Species Act. Sierra Club is the self-professed largest and most influential grassroots environmental organization in the United States. 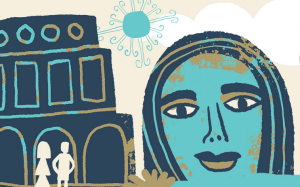 Among their many programs and partnerships, the Sierra Club also helps point prospective college students to the most environmentally conscious colleges and universities with the help of the Association for the Advancement of Sustainability in Higher Education‘s STARS rating system. In the 2015 Cool Schools list, Case Western Reserve’s ranking jumped up ten points. In this ninth annual Cool Schools ranking, CWRU stands at the number 65 slot out of 153 schools with a score of 628.08.  In 2014, the school was ranked number 75 out of the 173 colleges that participated with a score of 613.49.

CWRU’s many champions have been working to conserve energy, increase local food purchases, and reduce waste – all areas that CWRU showed scoring improvement according to the Cool Schools evaluation. Scoring was based on self-reported data, using the STARS tool, with information collected from offices around campus by the Office for Sustainability including facilities; dining services; facilities and grounds; campus planning, design, and construction; the registrar; institutional research, wellness and more.

Director of Sustainability, Stephanie Corbett noted that “while we have long way to go to achieve climate neutrality and other long term sustainability goals, the incremental progress CWRU is making year to year to reduce energy consumption, purchase locally and improve recycling takes many student, faculty and staff champions and will win the race.”