The Office for Inclusion, Diversity and Equal Opportunity at Case Western Reserve University gives awards to members of the university community in recognition of significant contributions toward enhancing the university's commitment to diversity through inclusive thinking, mindful learning and transformative dialogue.

These awards recognize and encourage such contributions that may include promoting respect, building community, establishing effective cross-cultural initiatives and advocating equity and inclusion within the university community.

Recognizes a faculty member’s contributions or efforts made toward enhancing the goals of diversity, equity, inclusion and multiculturalism at the university, particularly in the areas of teaching, research or service that exceeds the routine expectations of the faculty’s position.

Recognizes an undergraduate student who has demonstrated leadership and commitment to diversity, inclusion and multiculturalism through academic excellence, service, volunteerism and/or research.

Recognizes a graduate or professional university student who has demonstrated leadership and commitment to diversity, inclusion and multiculturalism through academic excellence, service, volunteerism and/or research.

Recognizes an office, department or unit that has demonstrated a commitment to building a workplace and learning space that is inclusive of difference and values various aspects of diversity. This commitment should be evident by proactive actions including, but not limited to, inclusive policies and procedures, workshops and trainings and other undertakings that help to create an inclusive environment within the department/office or unit.

Recognizes a university dean, executive or other senior administrators for their contributions to campus diversity and inclusion efforts.

Recognizes a successful inclusion and/or diversity-related campus collaboration or partnership between departments, offices, institutes, organization and others. The partnerships can be an ongoing or short-term partnership. 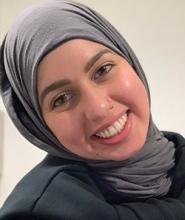 Ibtesam Ghazy is a CWRU second-year student majoring in biology, nutritional biochemistry and sociology.  As co-president of the Muslim Student Association, she coordinates campus events and works to develop relationships between CWRU students and the local Muslim community.

Ghazy also is a staff reporter for the university’s student newspaper, The Observer, where she focuses on the achievements of underrepresented groups and international issues.  She also writes for the Athenian Magazine and the University Health Counseling Center newsletter. Ghazy has been a volunteer for the Food Recovery Network and the Washington branch of the Council on American-Islamic Relations.  She strives to live up to her name, which means “smiling warrior” in Arabic. 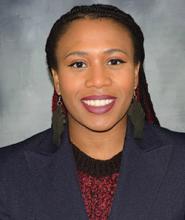 Erin K. Phelps, poly queer black femme, is a third year PhD student in the Department of Sociology at CWRU. Her work focuses on LGBT liberation in institutions.
She is the author of a book chapter entitled “Transgender Identity Disclosure via YouTube Narratives” in the 2017 anthology GenderSpectives: Reflections on Gender from a Communication Point-of-View.

Phelps also serves as president of QGrad, the official CWRU organization for LGBTQA+ graduate and professional students.  She is also a womanist and yoga teacher.  Phelps seeks daily to “hold herself accountable to people who are within the margins” and works to foster solidarity and community. 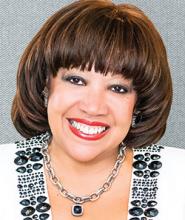 Margot James Copeland is executive vice president and director of Philanthropy and Civic Engagement at KeyBank.  She also serves as chair and CEO of the KeyBank Foundation, guiding the company’s philanthropic investments in education, neighborhood prosperity, workforce development and community service.  Under her leadership, the KeyBank Foundation was named one of America’s 50 most community-minded companies.

Copeland formerly served as Chief Diversity Officer at KeyBank and under her leadership, the company gained national attention for its diversity achievements.  She serves on several boards, including boards at Kent State University, the Cleveland Clinic and Say Yes to Education, NY, NY.  Copeland is the recipient of numerous national and local awards and honors. 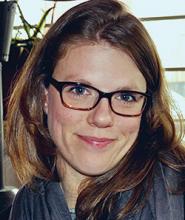 Emily Pentzer is the Frank Hovorka Assistant Professor of Chemistry at CWRU. She joined the chemistry faculty in 2013 and received a secondary appointment in Macromolecular Science and Engineering in 2015. Her research uses organic synthesis to access new materials and assemblies as a route to understand structure-property-application relationships and access properties not possible with current state-of-the-art systems.

Pentzer regularly participates and organizes professional development events for graduate students and facilitates the transition of graduate students and post-docs to successful careers in academia. She is the recipient of the 2016 NSF Faculty Early Career Development (CAREER) award and serves as an associate editor for the Polymer Chemistry journal. 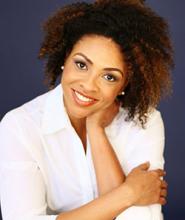 Heather Burton is director of the NSF ADVANCE IDEAL-N and Partner Institutions Faculty and Student Development at CWRU.  She is also an adjunct faculty in Pan-African Studies and social work at Case Western Reserve University and the University of Akron.

She is founder of Crimson Heights Ministries, Inc., a 501 (c) 3 geared towards the holistic development of women. Burton is also a member of the Sustained Dialogue program and a trained facilitator for Diversity 360.

In 2018, she created a summer bridge research program between CWRU and three HBCU’s.  She also manages the Case Fisk Partnership program. She is an author and has been involved in acting for more than 30 years. 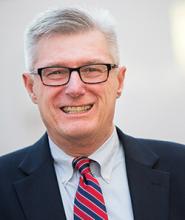 Lou Stark is vice president for student affairs at CWRU, a position he has held since July 2013. As vice president, he is responsible for several university offices that focus on diversity and inclusion, including the Office for Multicultural Affairs, LGBT Center, Flora Stone Mather Center for Women and Focus Programs. Focus Programs include Trio Upward Bound and Talent Search and a tutoring and mentoring program for Cleveland area students.

Stark, along with Marilyn S. Mobley, PhD, vice president for inclusion, diversity and equal opportunity, co-sponsor the university’s award winning Sustained Dialogue Program. In addition, the two hosted a listening tour during the 2016-17 academic year that provided a space for groups and individuals across campus to give recommendations on ways to make CWRU more inclusive. Prior to his position at CWRU, Stark held vice president positions at Coe College (IA), Central College (IA) and Tulane University (LA). 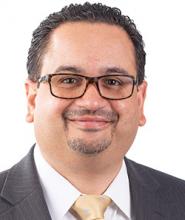 Victor A. Ruiz is the executive director of Esperanza, Inc., whose mission is to improve the academic achievement of Hispanics in Greater Cleveland by supporting students to graduate high school and promoting postsecondary education.
Under Ruiz’s leadership, Esperanza has been a leader in addressing the educational needs of Cleveland’s Hispanic community and has been involved in collaborative efforts that helped to increase the Hispanic high school graduation rate from 30% in 2010 to nearly 70% in 2014.

Ruiz serves in leadership roles on several boards and committees, including boards at Cuyahoga Community College, United Way and Say Yes to Cleveland.  He is a former W.K. Kellogg Foundation National Fellow. 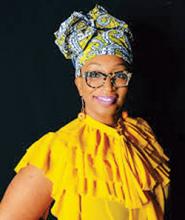 Shemariah J. Arki, EdD
Shemariah J. Arki, an intersectional feminist scholar, is an instructor in the Department of Pan African Studies at Kent State University and the founder of the Ellipsis Institute for Women of Color in the Academy at CWRU. She has worked in both the CWRU Flora Stone Mather Center for Women and the Office for Inclusion, Diversity and Equal Opportunity. Through her work, she has collaborated with these two offices as well as other offices, departments and individuals on campus.

The Ellipsis Institute works to provide connections and relationships that build a support network, navigate barriers to access and build allies in the journey towards gender equity.  In March 2019, the Ellipsis sponsored “Women of Color on the Line: Our Bodies Are Borders,” its annual conference that was held on the CWRU campus.