"ANDREWS'S FOLLY" was the popular name for the home of SAMUEL ANDREWS, one of the original partners of the firm that became the STANDARD OIL CO. in 1870. Although he sold his shares in 1874 and thus did not reap the phenomenal riches that others did, Andrews determined to build the greatest house on the "Millionaires Row" of Euclid Ave. Erected in 1882-85 and designed in a modified Victorian Gothic baronial style, it was located on the northeast corner of Euclid and E. 30th St. The house had 80-100 rooms, an immense central hall, carved staircases and woodwork, stained glass, and 5 separate apartments for the financier's daughters. The architect was GEO. H. SMITH, one of the collaborators in the design of the ARCADE. Andrews's hope of entertaining Queen Victoria in the house never materialized. It was soon found that the plan of the house made it impossible for servants to function efficiently, and the house was closed. Thus it came to be known as "Andrews's Folly," and stood vacant for over 20 years.

After WORLD WAR I, the mansion gained new purpose in the growing FILM INDUSTRY IN CLEVELAND. In 1919, it was used for the filming of two motion pictures directed by Samuel R. Brodsky and written by playwright ROBERT H. MCLAUGHLIN. The national success of these films encouraged Brodsky, who then converted the mansion into a full-time film studio. However, as Hollywood secured its dominance of the American film industry, Brodsky decided to return to directing the Plain Dealer Screen Magazine in 1922. Vacant again, the Andrews property was finally demolished in 1923. Today, the studios of WEWS stand on its location. 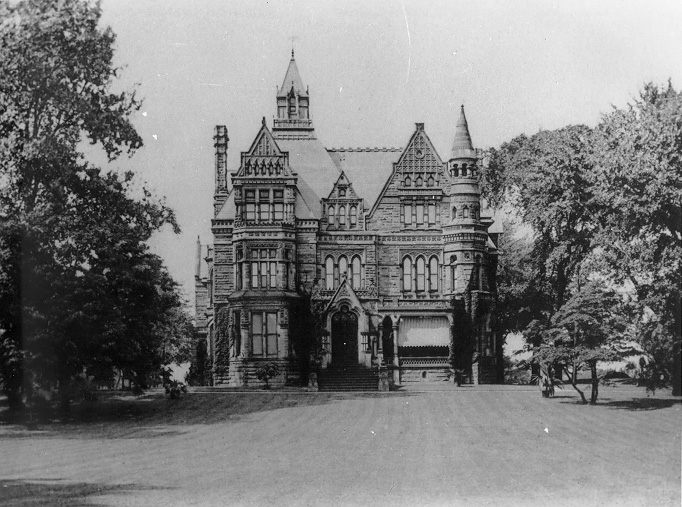