CHESNUTT, HELEN MARIA (6 Dec. 1880-7 Aug. 1969), a Latin instructor and co-author of a Latin textbook, was a notable figure among the earliest women of color in American classical education. She was born in Fayetteville, North Carolina, to Susan Perry Chesnutt and CHARLES WADDELL CHESNUTT, the second of four children, but grew up in Cleveland after the family moved there in 1883. She attended CENTRAL HIGH SCHOOL and graduated in 1897. After earning a B.A. studying Latin and Greek at Smith College in 1901, she pursued graduate work first at WESTERN RESERVE UNIVERSITY and later at Columbia University where she completed her M.A. in Latin in 1925. Returning to Cleveland upon her graduation from Smith, she started at Central High as a substitute teacher from 1902-1904 and began full-time in 1905 teaching biology, switching in 1910 to algebra and Latin. During her long teaching career at Central High, which lasted until 1943, her many students included LANGSTON HUGHES. 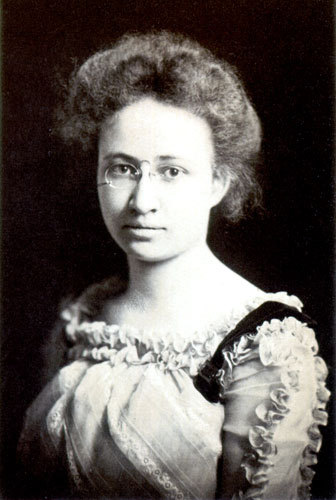 Chesnutt co-authored, along with Martha Whittier Olivenbaum and Nellie Price Rosebaugh, an introductory Latin textbook entitled The Road to Latin, which was first published in 1932. The successful and lauded textbook went through four printed editions, and a supplementary workbook for it was later composed by Cleveland educator Virginia Gatch Markham. Chesnutt also co-wrote, with the same authors, a pedagogical treatise titled The Cleveland Plan for the Teaching of Languages With Special Reference to Latin in 1940. She was a member of the American Philological Association, the major American professional organization for classical scholars, from 1920 to 1934. After retiring as an instructor, she wrote a biography of her father titled Charles Waddell Chesnutt: Pioneer of the Color Line in 1952. Chesnutt died in Cleveland Heights and was buried in LAKE VIEW CEMETERY.