POTOCSNY, JULIUS (8 Jun. 1929 - 7 Oct. 2002). Born in Slovakia, Potocsny was the Founder and President of Continental Productions and a Vice-President and Executive Producer with CINECRAFT PRODUCTIONS, both Cleveland-based SPONSORED FILM studios.

While training as a chemical engineer, Potocsny learned to make movies at the University of Art in Budapest and the Hunnia Film Studio, the largest and most significant sound film studio in Hungary until its nationalization in 1948.

In Hungary, Potocsny made a prize-winning documentary and worked on another likely contender when the Hungarian revolution broke out in Budapest. Although Potocsny had no active part in the fighting, his name showed up on a list of people to be arrested, and he escaped to Austria. Shortly after, he smuggled himself back into Hungary disguised as a member of a German soccer team whose coach he knew, to collect his wife, Katalin Patai, and 6-month-old daughter. The family immigrated to Ohio as Hungarian refugees in 1956, and became U.S. citizens in 1962.

In 1957, Potocsny took a job as a research chemist in Cleveland while he studied English. In 1959 he started Continental Productions, a sponsored film studio. Continental merged with Cinecraft in 1962. 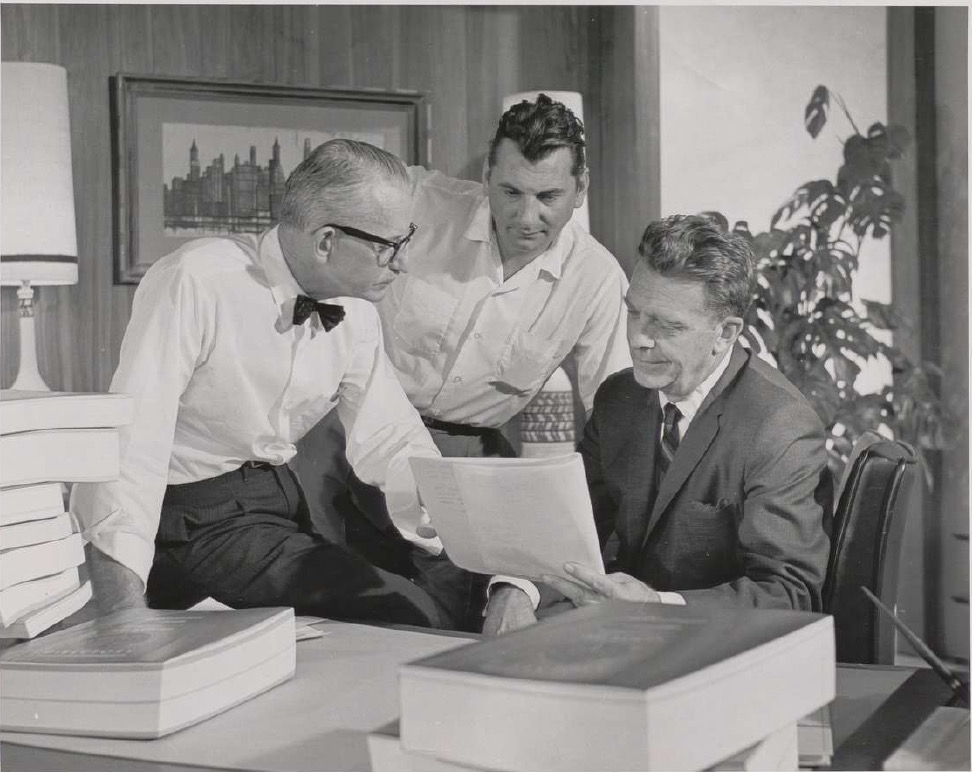 Hagley.org
A production photo from “The Key to the City” (1963) with (left to right) Ray Culley, President of Cinecraft, Julius Potocsny, Vice President and Director at Cinecraft, and Chet Huntley, best known as co-anchor of the NBC evening news program, The Huntley–Brinkley Report, for 14 years. The film was made for Haines & Company Publishers.

Potocsny directed three award-winning sponsored films while he was in Cleveland, partnering with script writer FRANK SIEDEL on all three.

An article in the PLAIN DEALER in 1972, “Film Makers’ Thanks to the City,” noted that “Potocsny’s reach always exceeded his grasp and after quite a few successful if fairly costly pictures (including one documentary in which he wrapped a camera in asbestos and poked it right into a steel furnace so the audience could watch it seethe), he and Cleveland parted company amicably." The article states Potocsny was in Cleveland for the Allen Theatre showing of Adrift, a film he produced. Adrift was an adaptation of Hungarian novelist and playwright Lajos Zilahy’s book, Something Is Adrift in the Water. The film tells the story of a happily married fisherman who becomes obsessed with an amnesic girl he rescues from a river.